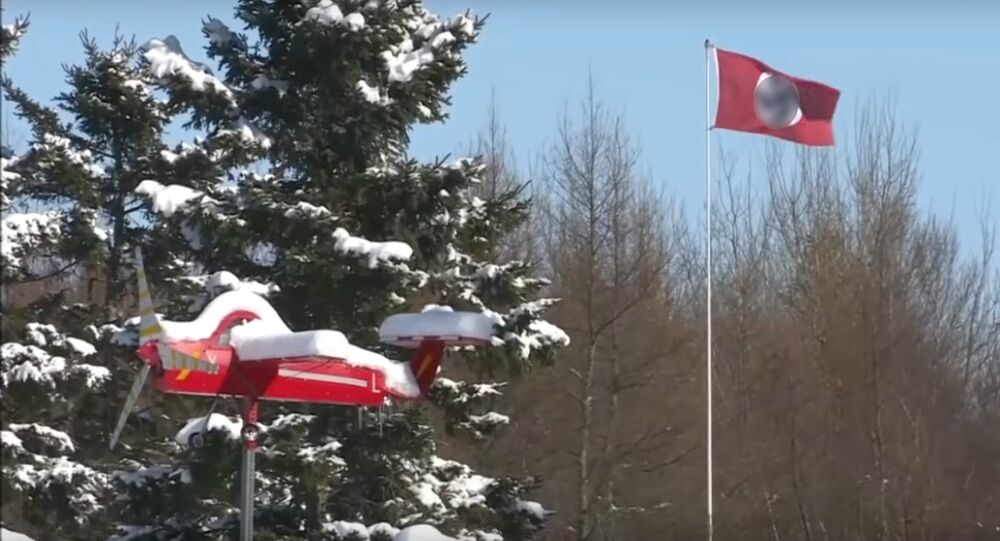 A black-white-red Nazi flag with a swastika had been on display for several days in someone's yard in the Canadian town of Charlottetown on Prince Edward Island before it was taken down.

According to CBC, the infamous banner was hoisted on a tall pole on someone's private property some 100 metres away from the nearest road and was visible to motorists driving by.

Charlottetown law enforcement officials said the flag didn't break any laws. They had planned to ask to the land owner to remove the flag voluntarily, but by late Friday it had been replaced with the flag of the island province.

"The fact that that flag is flying, fluttering in the winds that blow across this big democratic country of ours is repulsive," David Mol, a local citizen whose Dutch parents had fled the Nazi-occupied Netherlands during World War II, told the broadcaster.

He said such things could be treated in two ways: they could be ignored or they could be brought to people's attention; he himself apparently preferred the second option.

A representative of the local Jewish community also spoke out against this symbol. "Some people may not understand the effect it has on people who've been through the Holocaust or had family members who passed away there," he said.

According to the Centre for Israel and Jewish Affairs, Canada's total Jewish population was nearly 400,000 as of 2015, making the country of 36.71 million home to more Jews than any country outside of Israel except the United States and France.