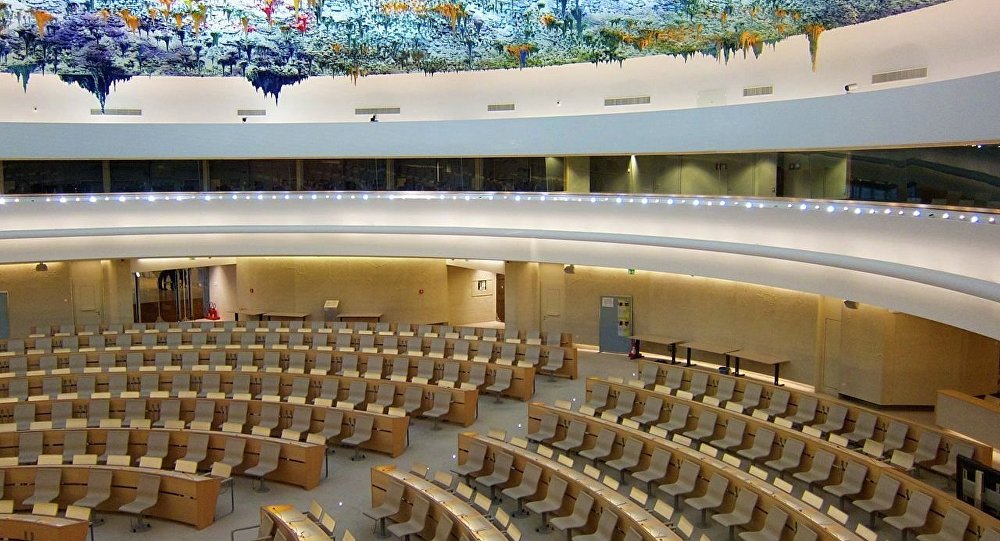 "The Iranian Permanent Mission contacted the Human Rights Council Secretariat late last night to request that Minister Zarif be removed from the list of speakers for the Council's high-level segment. Minister Zarif had been scheduled to speak this afternoon," Gomez said.

© Sputnik / Ramil Sitdikov
Iranian Opposition MP Accuses Zarif of Avoiding Responsibility by Resignation
According to the spokesman, the Iranian mission also informed the UNHRC that Esmaeil Baghael Hamaneh, Iran's permanent representative to the UN office in Geneva, would speak on behalf of Iran on Wednesday afternoon.

Zarif, who has been heading the Iranian Foreign Ministry since 2013, announced via Instagram on Monday that he was leaving his post. However, President Hassan Rouhani has yet to formally accept the diplomat's resignation.

The 40th session of the Human Rights Council, an intergovernmental body within the UN system comprised of 47 states, started on Monday and will run through March 22.