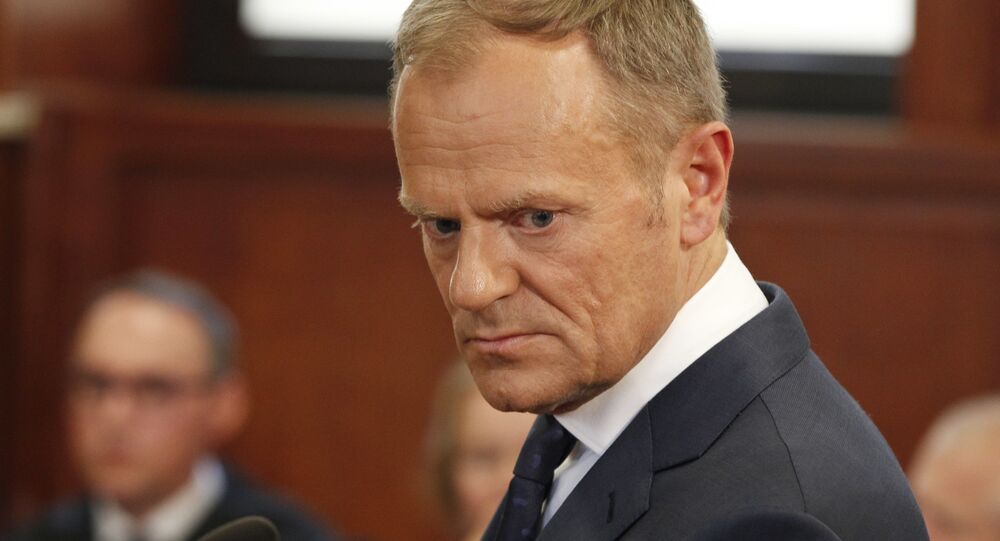 SHARM EL-SHEIKH (Sputnik) - The European Union and the League of Arab States (LAS) have agreed to boost joint work on border control, put an end to smuggling and human trafficking, President of the European Council Donald Tusk has stated.

"Leaders also agreed to cooperate and coordinate on a number of security and border control issues… On border control and fight against irregular migration, we will scale up our joint efforts to prevent people smuggling, eradicate trafficking in human beings and combat those who exploit vulnerable people", Tusk said at a press conference.

Tusk added that the European Union and the Arab League would work together to tackle causes of extremism and would increase the effort to "combat the movement of foreign terrorist fighters" across borders. The European Council's president stressed that all support to violent extremists should be cut off.

© AFP 2021 / FAYEZ NURELDINE
Qatari Emir to Skip EU-LAS Summit as Cairo's Invitation Breaches Int'l Protocol - Source
The secretary-general of Arab League Ahmed Aboul Gheit said the summit had been held in a closed format due to the complexity of the issues that were discussed.

The first EU-LAS summit was held in Egypt's Sharm El-Sheikh on 24 February and 25 February.

Nearly 50 countries have visited the summit, with almost all of them represented at the highest level. The agenda of the meeting includes multilateralism, trade and investment, migration, security and the situation in the region.

Las Vegas Shooting: We Still Don't Know Reasons Why He Did It - Former FBI Agent