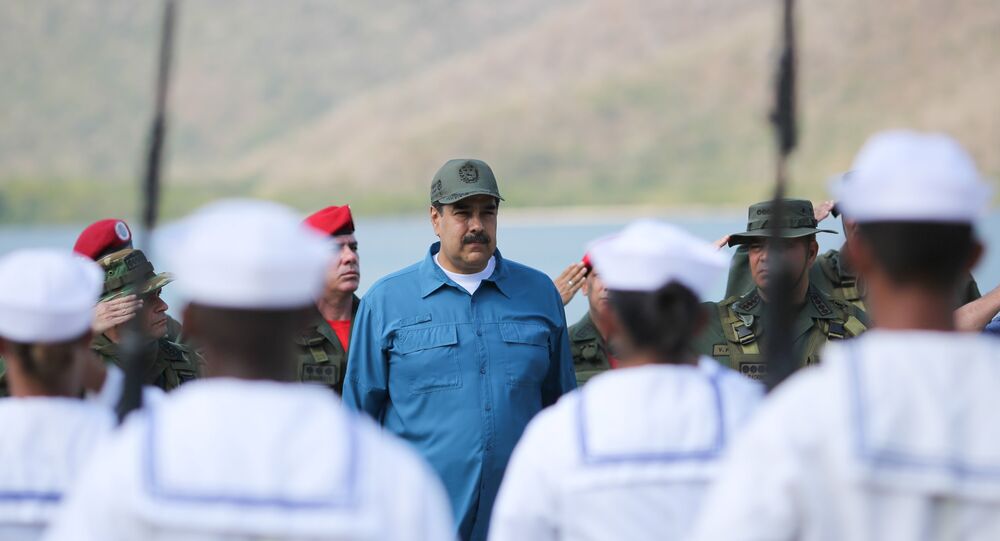 MOSCOW (Sputnik) - The Kremlin hopes that Venezuela's legitimate authorities will do everything necessary to prevent an escalation of tensions in light of the situation with US humanitarian aid, Kremlin spokesman Dmitry Peskov told reporters Friday.

"We hope that the legitimate authorities of Venezuela will do everything necessary to prevent further escalation of domestic political tensions", Peskov said.

The Venezuelan opposition earlier announced that deliveries of humanitarian aid to the country would begin on February 23. Venezuelan President Nicolas Maduro has warned that the US and its allies were using "the pretext of delivering humanitarian aid" to try to "destroy the independence and sovereignty of the country".

Caracas would not allow such aid into the country, Maduro said, adding the country was coping with its difficulties and that US "concerns" over Venezuela's humanitarian crisis had been "fabricated by Washington over the last four years to justify intervening in our country".

On US Withdrawal From Syria

"So far, we do not understand what they are talking about. You know that first there was one kind of statements, now there are new adjustments. Sometimes we hear different statements from different departments, so we are following with great interest and careful attention how the US position evolves on this issue and analyzing all these statements", Peskov said.

According to the latest statement by White House Spokeswoman Sarah Sanders, the United States was going to leave a peacekeeping group of 200 servicemen in Syria for some time.

"Who is saying [this]? What sources? What are they based on?… Let's ask the newspaper what they are basing this on, where the information came from, and so on", Peskov told reporters, when asked to comment.

The weekly, however, does not specify for whom the potential supplies of diesel were intended, how this is the business of a party leader’s adviser, and even admits that it could get neither a confirmation nor information on whether the deal was concluded or not.