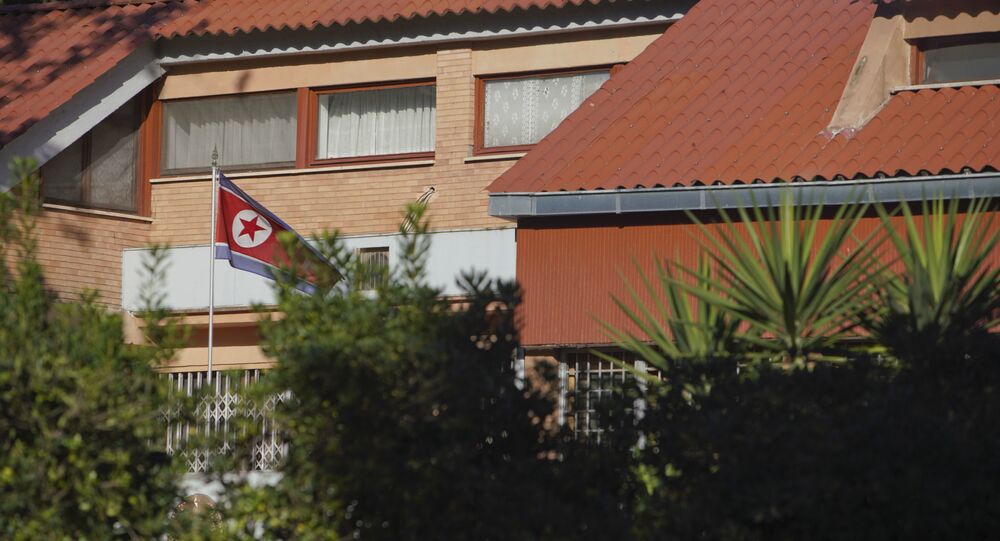 In November 2018, Jo Song-gil, the former chargé d’affaires for the North Korean embassy in Rome, reportedly defected with his wife to an unspecified Western country, but their daughter was allegedly unable to accompany them.

The daughter of a North Korean diplomat, who reportedly left the country’s embassy in Rome for an unspecified Western country, returned to the DPRK last year, the Italian Foreign Ministry confirmed in a statement on Wednesday.

The ministry cited diplomatic sources as saying that former chargé d’affaires for the North Korean embassy in Rome Jo Song-gil and his wife had left the embassy on 10 November 2018.

The sources added that the diplomat’s 17-year-old daughter, whose name was not revealed, “having expressed the wish to return to her country to stay with her grandparents, had returned there on 14 November 2018, accompanied by some of the female staff of the embassy”.

Earlier, Thae Yong-ho, North Korea's former deputy ambassador to the UK, who defected to South Korea in 2016, told reporters that Jo "could not manage to get his daughter to join them” when he went into hiding with his wife to seek asylum in the West.

"North Korea took the child back to the country immediately," Thae said, quoting sources as saying that Jo’s daughter “was repatriated to North Korea” and that “she is under control of the North Korean authorities”.

The Italian Foreign Ministry’s undersecretary Manlio Di Stefano, for his part, warned that that "if confirmed, this would be of unprecedented gravity” and that “those responsible for this [repatriation] will pay”.

“Now it is time to shed light on this case of November concerning the former North Korean ambassador in Rome and his daughter, a young innocent woman who, despite being protected in Italy, risks being even tortured by one of the worst regimes in the world," he wrote on his Facebook page.

© AFP 2021 / Ed Jones
Ten North Korean Defectors Arrested in China, Face Deportation Back to DPRK
Pyongyang, which is yet to comment on the matter, typically requires its overseas diplomats to leave at least one child at home, though some exceptions are made for those from the top echelons of power or those seen as the most loyal to the North Korean leadership.

Since assuming power as North Korea’s supreme leader following the death of his father Kim Jong-il in 2011, Kim Jong-un has increased border controls and reportedly ordered crackdowns on defectors, in the face of what Pyongyang described as Washington's and Seoul's attempts to undermine security in the country.