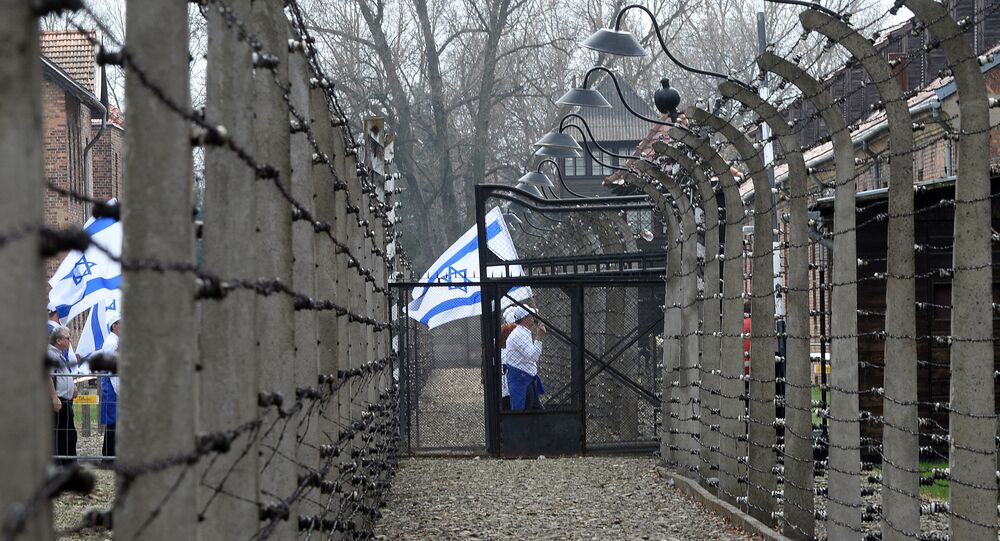 Earlier, Israeli Prime Minister Benjamin Netanyahu reportedly accused the Poles of collaborating with the Nazis when commenting on a Polish law that criminalises any accusations against Poland of complicity in WWII war crimes.

US Ambassador to Poland Georgette Mosbacher said that acting Israeli Foreign Minister Israel Katz should apologise to Poland for his remarks.

"I just felt that two strong allies like Israel and Poland, of course they are strong allies of the United States, shouldn't be using that kind of rhetoric. We are too important to each other not to work these things out," Mosbacher said.

On Sunday, while answering a question as to whether he was willing to go along with Poland's whitewashing of history with regard to the Holocaust, Israeli Prime Minister Benjamin Netanyahu allegedly said, as quoted by the Haaretz outlet, that "Poles cooperated with the Nazis. I know the history and I don't whitewash it. I bring it up".

Netanyahu reacted to the incident saying that he was misquoted and the publication later made a correction.

On US Liquefied Natural Gas in Europe

Poland will become a center of the reexport of the US liquefied natural gas (LNG) in Europe, US Ambassador to Poland Georgette Mosbacher said on Wednesday, citing recently signed contracts.

According to Mosbacher, in the last three months of 2018, contracts on the deliveries of LNG from the United States to Poland have been signed, with the projected annual volume of LNG supplies to the European country totaling 7.5 billion cubic meters (264.8 billion cubic feet) per year.

Earlier, Poland's main gas company PGNiG signed a 24-year contract with the US-based supplier Cheniere during a ceremony in Warsaw.