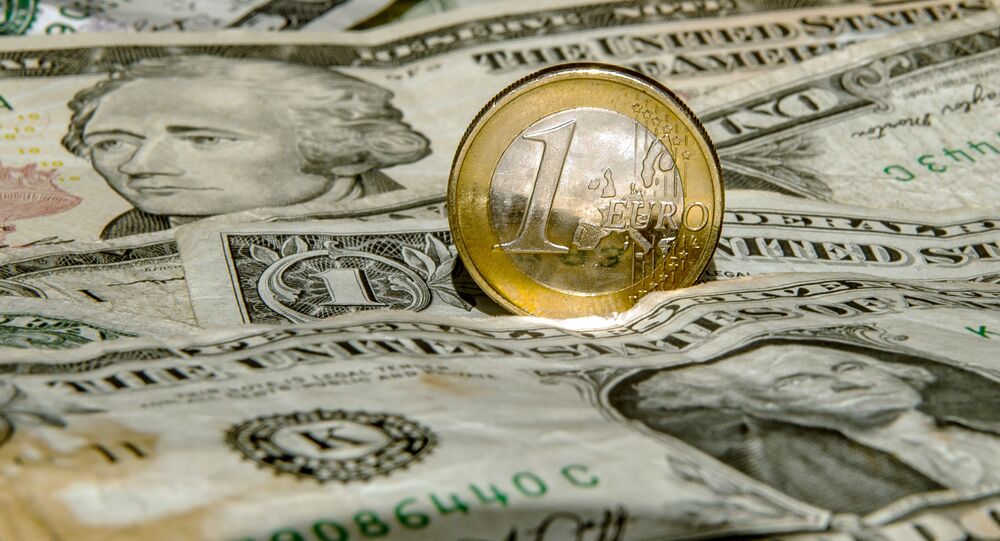 The European Commission published a list of 23 countries with strategic deficiencies in their anti-money laundering and counter-terrorist financing frameworks on Wednesday.

The US Treasury Department has condemned a new EU money laundering blacklist that includes four US territories, including Puerto Rico, American Samoa, Guam, and the United States Virgin Islands, and 19 other jurisdictions.

“The US Department of the Treasury has significant concerns about the substance of the list and the flawed process by which it was developed”.

The Treasury Department further stated that American banks should ignore any suggestions from the European Commission to put transactions under greater scrutiny based on its newly-adopted list.

READ MORE: Prof: Any Tech Advancement that Tackles Money Laundering Is to Be Welcomed

The US then suggested that the EU’s list was irrelevant because a global body, the Financial Action Task Force, sets anti-money laundering standards, while the European version targeted more countries than FATF’s existing report.

© CC BY-SA 3.0 / w:User:Coolcaesar / United States Department of Justice
MoneyGram Pays $125Mln to Defer Prosecution for Money Laundering - DoJ
Washington’s criticism of the decision and the methodology used by Brussels to include those regions on the list has added to a growing transatlantic rift, covering a wide range of issues: from the 2015 Iran nuclear deal to NATO defence spending and trade tariffs.

The US appeared to not be the only country to express frustration with the bloc’s decision: Panama, which is also on the list, called on the EU to clarify its move:

“The government of the Republic of Panama strongly rejects the proposal of the European Commission to include the country in a list of jurisdictions of high-risk third countries with strategic deficiencies in its regime in the fight against money laundering and the fight against the financing of terrorism”.

“Banks and other entities covered by EU anti-money laundering rules will be required to apply increased checks (due diligence) on financial operations involving customers and financial institutions from these high-risk third countries to better identify any suspicious money flaws”, the commission said.

The EU’s Justice Commissioner Vera Jourova defended the commission’s methodology, saying she was not “surprised” by the criticism:

“I am not surprised by some of the reactions but I do believe that the member states will express their full understanding for why we are doing this. It is a necessary thing to do”.

In documents published Wednesday, the European Commission emphasised that the four United States territories were added to the blacklist because they “are attractive for tax crimes and exposed to a higher threat of money laundering linked to tax crime”.

Relations between the United States and the European Union hit an all-time low after US President Donald Trump imposed 25 percent tariffs on steel and 10 percent on aluminium imports from the bloc, questioned NATO’s raison d’etre and unilaterally withdrew from the nuclear agreement with Iran, subjecting other signatories to the deal to secondary sanctions.

Commenting on the issue, Kevin Dowd, a British professor of finance and economics, in a written interview with Sputnik said that you can rarely trust anything that the EU says.

"They have lied through their teeth with the British on Brexit, for example. But in this case they have a point. The recent case of Danske Bank shows that one can drive a horse and carriage through EU anti-money laundering regulations and they are now belatedly trying to up their game on money laundering. So they take unilateral action without US approval (as they have the right to do) and the US complain about it and insist that US banks ignore the new EU rules", Kevin Dowd said.

He further said that there is more than a touch of irony about this episode.

"The US repeatedly takes unilateral actions and then demands that the EU comply. Sanctions against Iran are a perfect example. The US pulls out of an already agreed treaty and demands that everyone else do the same. The US acts as if it has the right to give orders to everyone else. It takes the same high handed stance in its policies towards Russia, China, and Venezuela", Prof Dowd underlined.

Considering the fact that the EU and the US are in the early stages of a tariff war [tariffs on imports of cars from Europe — ed.n.] that could be extremely damaging to both, the bloc's trade policy could now be described as Fortress Europe, according to the professor.

"The issue now is whether the EU and the US get locked in a series of tit for tat retaliations and go from a low level tariff war to something much worse. The same applies to the US vs. China. We should never forget that it was the US Smoot-Hawley tariffs in the early 1930s that helped push the world economy into depression, and I am worried that we may witnessing a repeat", Prof Dowd added.

There have been a series of recent disagreements between the EU and the US, and "the postwar harmony between the two is coming under increasing strain", Kevin Dowd believes.

"There are also rifts in their policies towards Russia, with Germany much more dependent on energy trade with Russia and wanting a much more conciliatory approach to Russia. It's a shame too that where most of the EU and the US still agree, it is on the wrong issues, like the western powers' meddling in the Middle East or their aggressive military response towards Russia", Prof Dowd said.