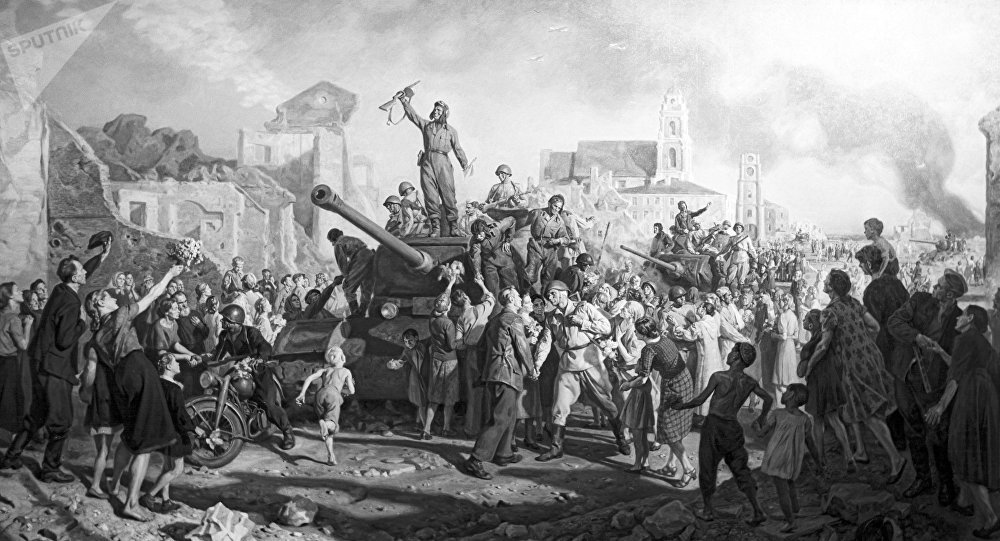 Earlier, during a discussion on the fourth anniversary of the Minsk Agreements which led to a ceasefire in the civil war in eastern Ukraine in 2015, German envoy to the UN Christoph Heusgen accused Russia of "occupying" the Belarusian capital.

Speaking at the UN Security Council (UNSC) on the situation in Ukraine on Tuesday, the German ambassador told Council members: "We must realise that this was a Russian invasion, that Russian soldiers were directly involved in both the occupation of Minsk and the occupation of Donetsk."

"My friend Christoph, it seems, had a Freudian slip, and said that Russia 'took Minsk' in 2015. Russia did take Berlin, I remember that; this was earlier. Before that we liberated Minsk," the envoy clarified, referring to the Soviet military efforts against Nazi Germany during World War II.

The Red Army freed Minsk on 3 July 1944, before continuing its advance westward toward the Nazi German capital of Berlin, taking that city on 2 May 1945 after two weeks of brutal fighting. Modern-day Belarus celebrates its independence day on 3 July, in honour of the Soviet operation which liberated the Belarusian capital in WWII.

© Sputnik / Нэнси Сисель
US Encourages, Covers Up Ukraine’s Provocations - Russia's UN Envoy
Continuing to troll his colleague, Nebenzya added that "we weren't in Minsk in 2015, and had no plans to go there, because our friends, brothers and allies live there. And in general we don't have any plans to 'take' anyone or invade somewhere."

"Intervention is your method, as we can see very well now with the example of a certain Latin American country," the Russian ambassador concluded, referring to the present crisis in Venezuela.

© REUTERS / Agustin Marcarian
Partners in Crime: All Guaido Supporters Very Closely Tied to Western Economic System - Ex-US Intel Analyst
On 11 February 2015, the leaders of Ukraine, Russia, France and Germany met in Minsk to hammer out a package of measures aimed at ending the civil war in eastern Ukraine, which began in April 2014 after Kiev sent military forces to crush a nascent uprising against the coup d'état that rocked Ukraine several months earlier.

The talks led to a thirteen-point agreement aimed at ensuring an end to the fighting and broader autonomy for the Donbass Region. None of the protocol's political points have been implemented, with Kiev and the Donbass authorities blaming one other for the deadlock, but the agreements did ensure a shaky ceasefire in the region.