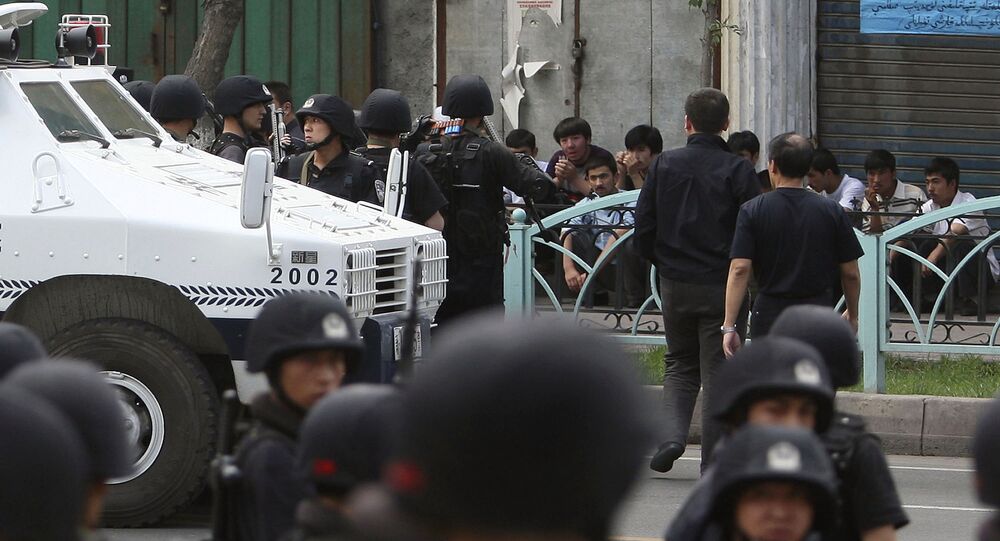 "We took notice of Turkey's foreign ministry spokesman’s claims. They are disgusting. We have lodged a representation with Turkey over this matter," Hua Chunying said at a briefing.

Earlier, Aksoy issued a statement claiming that more than one million Uyghurs, a Turkic ethnic group that resides in China's Xinjiang Uyghur Autonomous Region, were imprisoned and tortured in internment camps created by the government in an effort to eliminate the ethnic and religious identities of the minority group. Aksoy called upon the international community and the UN chief to take "effective measures" to end the "human tragedy" in China.

© REUTERS / Jason Lee
Chinese Foreign Ministry Believes Turkey Can Overcome Temporary Economic Strife
In August 2018, the UN Committee on the Elimination of Racial Discrimination published a report stating that more than one million ethnic Uyghurs and other Turkic Muslim minorities were being detained in massive "no rights" "counter-extremism" camps and another two million were being held in "re-education" camps.

At that time, Hua responded that these allegations were "not true" and that China's policies in Xinjiang were aimed at promoting development, security stability and improving living conditions.

In January, Shohrat Zakir, the chairman of the Xinjiang regional government and an Uyghur himself, stated that the United Nation's estimate of one million people was a "rumour" and that the facilities were temporary vocational training and educational facilities that had proven to be "extremely effective" in reducing extremism, teaching residents about the law and helping them learn Mandarin.