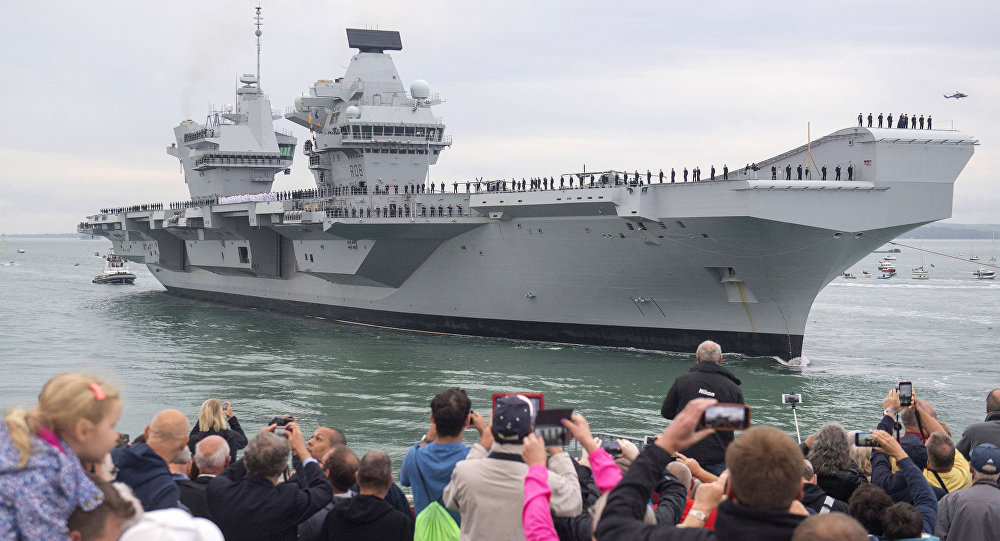 Later in the day, UK Defence Secretary Gavin Williamson will speak at the Royal United Services Institute in London, where he is due to unveil his plans for the modernisation of the country's armed forces, which he will say should increase its "mass and lethality".

In a keynote speech on the country's new military strategy later on Monday, UK Defence Secretary Gavin Williamson is expected to announce that the Royal Navy's new aircraft carrier, the HMS Queen Elizabeth, will be deployed to disputed waters in the Pacific in a show of "hard power", The Independent reports.

Speaking at the Royal United Services Institute (RUSI) in London, Williamson will also say that the UK and its Western allies will have to "be ready to show the high price of aggressive behaviour" and be "ready to strengthen our resilience".

"Britain has its greatest opportunity in 50 years to redefine its role as we leave the European Union. And with the world changing so rapidly, it is up to us to seize the opportunity that Brexit brings," he will note.

Additionally, Williamson is expected to uphold the UK's interventionist policy and will say that the cost of failing to act in global crises had often been "unacceptably high", and "To talk but fail to act risks our nation being seen as little more than a paper tiger."

Williamson will also say that Britain "may have to intervene" in the future to confront Russia and China, which he claims in the pre-released speech are "resurgent" in rebuilding their armed forces.

His remarks will come as Beijing remains embroiled in dispute with neighbouring countries and the US over territorial claims in the South China Sea, a strategic and economically crucial waterway, which includes vital sea lanes through which about $3 trillion in global trade passes annually.

In September 2018, Chinese Foreign Minister Wang Yi expressed hope that "Britain will truly implement its position of not taking sides in the South China Sea issue, earnestly respect China's sovereignty and territorial integrity and not do anything to disturb the mutual trust between the two countries."

In a separate development that month, Williamson unveiled the country's new Defence Arctic Strategy, citing ever-increasing threats in the region and Russia’s alleged attempts to militarise it.

Moscow has repeatedly rejected the allegations, stressing that it considers the Arctic to be an area for constructive dialogue and equal, conflict-free cooperation in the interests of all nations.