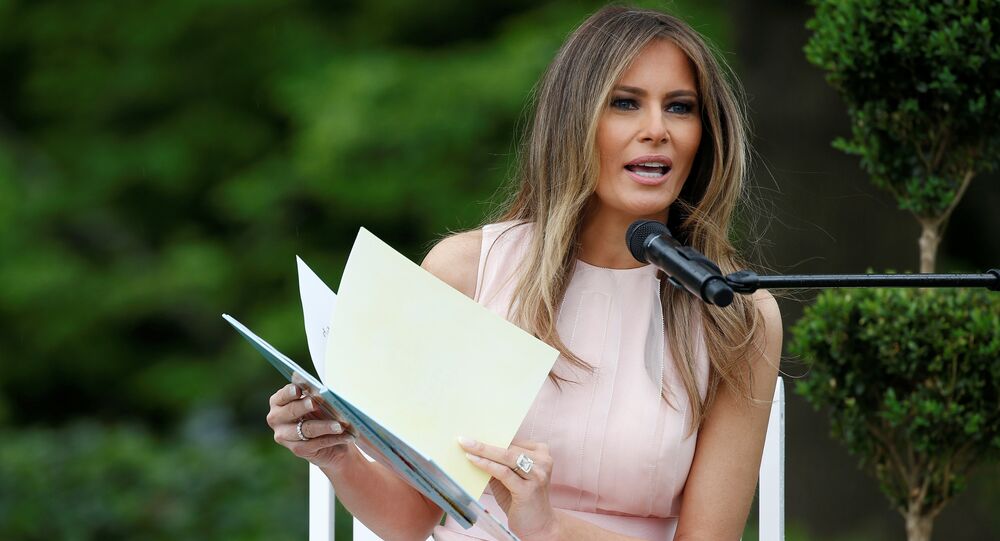 In 2017, Ava DuVernay earned an Oscar nomination for Best Documentary Feature for her Netflix documentary 13th, which explores the connection between race and the criminal justice system in the United States.

Oscar-nominated director Ava DuVernay has taken a swing at US First Lady Melania Trump and Irish actor Liam Neeson for what she described as "white privilege" in a series of tweets this week, as she compared their coverage in the media to the treatment of public figures of colour.

Retweeting the staggering confession by Neeson, who revealed that 40 years ago he wanted to kill a random black person to avenge his close friend who had been raped by a black attacker, DuVernay suggested imagining if it was Hollywood A-lister Will Smith disclosing such a secret:

When people ask me what white privilege is. Imagine if this was Will Smith.

Although Neeson, who's now promoting his new movie, "Cold Pursuit", has explained that he regretted his mindset, the explosive remark had cost him a red carpet event earlier this week when the movie studio allegedly decided it would be inappropriate in light of the revelation.

The "Selma" director also retweeted a 2001 photo of Melania Trump modelling in a somewhat risqué swimsuit for GQ Magazine, DuVernay comparing the treatment of the Slovenian-born first lady to that of the former hostess of the White House, Michelle Obama:

When people ask me what white privilege is… Imagine what would happen if this was Michelle. https://t.co/6GDehEL7hE

© AFP 2020 / Geoff Robins
Liam Neeson Says He Wanted to Kill Random Black Man to Avenge His Raped Friend
Continuing her Twitter spree, DuVernay followed up with a post about 17-year-old Trayvon Martin, who was killed by George Zimmerman, who was acting as part of a neighbourhood watch group, in Florida in 2012.

Zimmerman believed that Martin was behaving suspiciously and approached the teen, who was returning home after buying Skittles and iced tea.

Zimmerman claimed that he had shot Martin in self-defence and was acquitted of both murder and manslaughter charges by a Florida jury in 2013. Martin's death triggered nationwide protests against racial discrimination in the US, leading to the Black Lives Matter movement.

When people ask me what white privilege is…. Imagine if this was a white boy in a hoodie with a bag of skittles who was just trying to walk home. https://t.co/ty8ogrzDtC

Wrapping up her rant, she reiterated that those three examples showed how the "system we live" was discriminatory against some people, while favouring others:

Sometimes it’s hard for white folks to grasp the notion of white privilege. My three posts below are real world, easy examples of how the system we live in favors some and not others. If you’d like to acknowledge Black History Month in some way, recognize this within yourself. 🖤

The 46-year-old director has been largely focused on social justice both in her work and beyond, having joined a chorus of celebrities boycotting the NFL and Super Bowl over the league's alleged blackballing of Colin Kaepernick, who kneeled during the national anthem in protest of police brutality against people of colour.