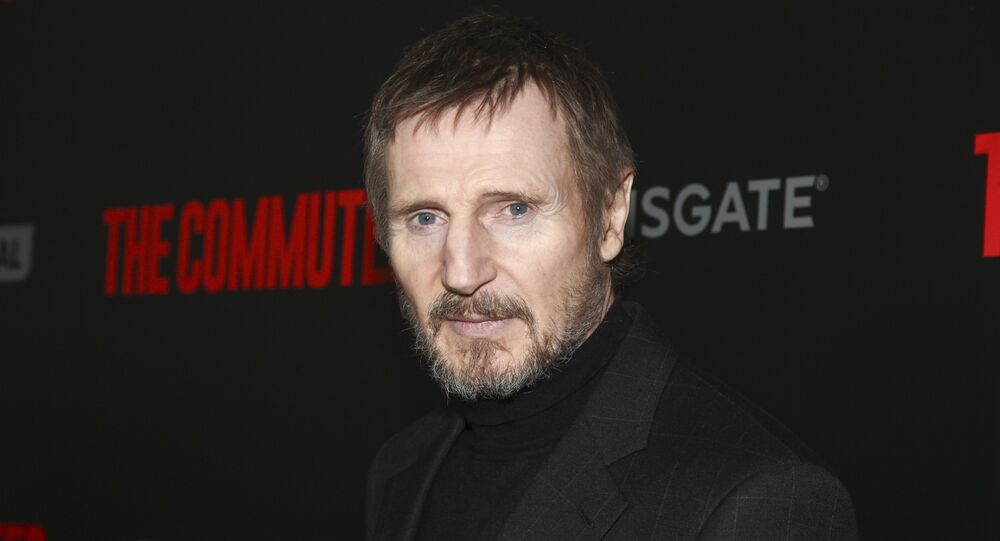 Irish actor Liam Neeson, who is widely known for his vigilante roles, has sparked controversy after his startling confession that he once wanted to commit a racially targeted murder to avenge a friend who had been sexually violated.

The movie studio Lionsgate has axed Tuesday night's red carpet event for Liam Neeson's "Cold Pursuit" in the wake of his interview with The Independent, in which the Irish actor revealed he wanted to kill a random black person after his friend had been raped by a black attacker.

© AFP 2021 / Geoff Robins
Liam Neeson Says He Wanted to Kill Random Black Man to Avenge His Raped Friend
While Lionsgate has declined to comment, The Guardian cited a source familiar with the matter as saying that a red carpet, where movie stars pose for photos and speak with journalists, would be inappropriate.

The US premiere of Cold Pursuit, in which Neeson plays a man seeking vengeance upon his son’s killers, is still expected to proceed as scheduled on Tuesday.

Addressing the backlash his comments had drawn, the 66-year-old actor told ABC’s Good Morning America on Tuesday that he had rambled through the streets looking for any black life to take as a result of a "primal urge to lash out".

"For some nights I deliberately went into black areas in the city looking to be set upon so that I could unleash physical violence. I did it for maybe four or five times until I caught myself on. It really shocked me — this primal urge I had. It shocked me and it hurt me. I did seek help. I went to a priest. I had two really good friends that I talked to, and believe it or not, power walking. Two hours every day… to get rid of this. I'm not racist. I was trying to show honor, to stand up for my dear friend in this terrible, medieval fashion…. I am a fairly intelligent guy and that's why it kind of shocked me when I came down to earth after having these horrible feelings", he said.

In a Monday interview with The Independent, Neeson confessed that years ago he had some violent thoughts of revenge after he found out that a friend of his had been raped by a black person.

"She handled the situation of the rape in the most extraordinary way. But my immediate reaction was…I asked, Did she know who it was? No. What colour were they? She said it was a black person. I went up and down areas with a cosh, hoping I’d be approached by somebody — I’m ashamed to say that — and I did it for maybe a week, hoping some 'black bastard' would come out of a pub and have a go at me about something, you know? So that I could… kill him".

Neeson didn't disclose the identity of the victim and immediately expressed regret about his thinking:

"It was horrible, horrible, when I think back, that I did that. And I've never admitted that, and I'm saying it to a journalist. God forbid…It's awful. But I did learn a lesson from it, when I eventually thought, 'What the f*ck are you doing' you know?"