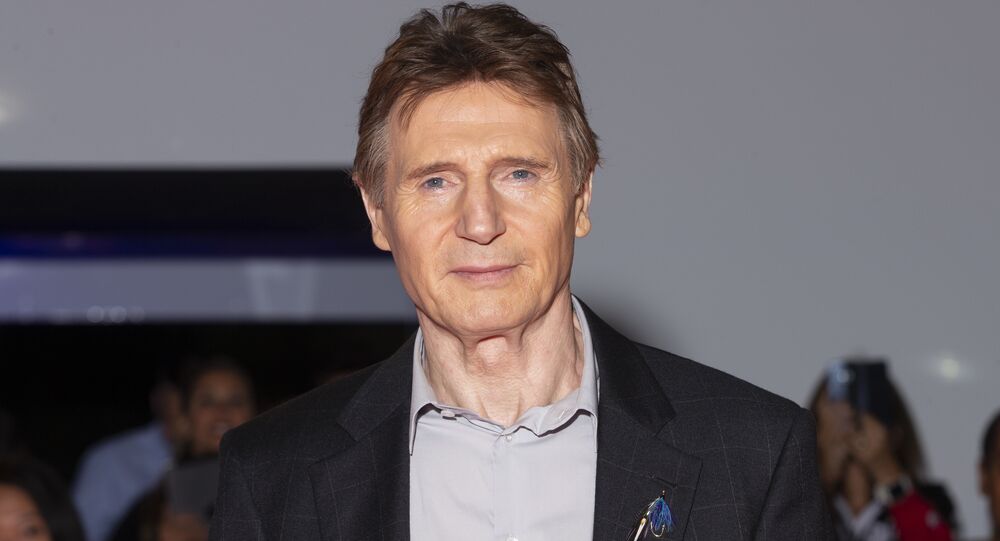 The Star Wars prequel's protagonist made the revelation in a candid interview with The Independent, which came shortly after the release of his new film, Cold Pursuit. In the movie, Neeson plays a man who wants to take vengeance on drug dealers for murdering his son, but it emerged that he'd based his character on a rough, real-life experience.

British actor Liam Neeson has shared a disturbing story from his past, saying that the devastation from the rape of his close friend by a black man inspired him to seek revenge by targeting a random black person in the street.

Neeson told the interviewer that he had found out about the rape after coming home from overseas. He did not reveal whether the victim was a girlfriend, a close friend or a family member, nor did he specify when it happened.

"She handled the situation of the rape in the most extraordinary way," recounted the 66-year-old. "But my immediate reaction was… I asked, did she know who it was? No. What colour were they? She said it was a black person."

Neeson recalled an overwhelming desire to pick a fight and murder a black man — something he confessed was an appalling thought.

"I went up and down areas with a cosh, hoping I'd be approached by somebody — I'm ashamed to say that — and I did it for maybe a week, hoping some ‘black bastard' would come out of a pub and have a go at me about something, you know? So that I could kill him."

He went on to say that it took him a week or more to overcome this feeling and that he eventually learned a lesson that revenge can bring no good, citing the conflict in his native Northern Ireland as a vivid example.

"I come from a society — I grew up in Northern Ireland in the Troubles — and, you know, I knew a couple of guys that died on hunger strike, and I had acquaintances who were very caught up in the Troubles, and I understand that need for revenge, but it just leads to more revenge, to more killing and more killing, and Northern Ireland's proof of that. All this stuff that's happening in the world, the violence, is proof of that, you know. But that primal need, I understand."

The interview prompted torrents of outrage on social media. UK journalist Piers Morgan said of Neeson: "When you hear it coming from his own mouth, it's one of the most extraordinary interviews I've think I've ever heard in my entire life."

"There seems to be no self awareness in Neeson about how offensive what he's saying is. He knows what he's saying, it's not an accident, he's deliberately putting it out there."

Neeson has once come under fire for his revelations to the media, namely, his take on the #MeToo movement. In January 2018, the actor said on the Irish Late Late Show that victims' accusations against powerful men in the industry had turned into "a bit of a witch hunt".

While calling the movement "healthy" in general, he opined that the gravity of some acts of misconduct did not warrant the punishment that followed.

He recalled the case of Garrison Keillor, a radio host who was kicked out by Minnesota Public Radio in 2017 over allegations of sexual misconduct from a female colleague. Keillor maintained that he was accused of putting a hand on her bare back to console her, but the woman's attorney later said the claim regarded "dozens of sexually inappropriate incidents", including requests for sexual contact, explicit descriptions of sexual communications and touching.