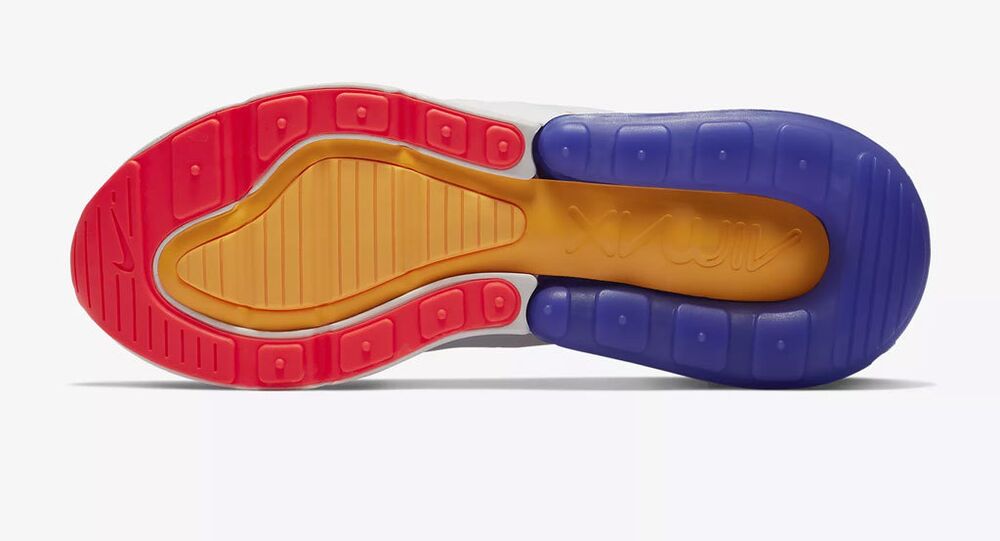 While many people consider the claim to be a stretch, an online petition calling for the removal of the "Allah" shoes has racked up more than 34,000 signatures.

Nike is facing outrage from many of its Muslim customers, who say the logo on the soles of its sneakers is a blasphemy because it invokes the name of God.

The world's biggest sportswear-maker said the resemblance was unintentional and did not mean to offend any religious feelings.

"Nike respects all religions, and we take concerns of this nature seriously," the company said in a statement. "The Air Max logo was designed to be a stylised representation of Nike's Air Max trademark. It is intended to reflect the AIR MAX brand only. Any other perceived meaning or representation is unintentional."

Over 34,000 people have so far signed an online petition calling on Nike to pull its Air Max 270 trainers and all products featuring the same "blasphemous" logo.

When turned upside down, petitioners say, part of the script resembles the word "Allah" written in Arabic, which "will surely be trampled, kicked and become soiled with mud or even filth." Showing someone the sole of your shoe has long been an insult in Arab culture.

Saiqa Noreen, the Muslim customer who launched the motion, says it is "outrageous and appalling" to have the name of God inscribed on a shoe.

Nike got embroiled in a similar controversy in 1997, when the Council on American-Islamic Relations forced the company to stop selling athletic shoes whose flame-style logo also appeared to resemble "Allah".