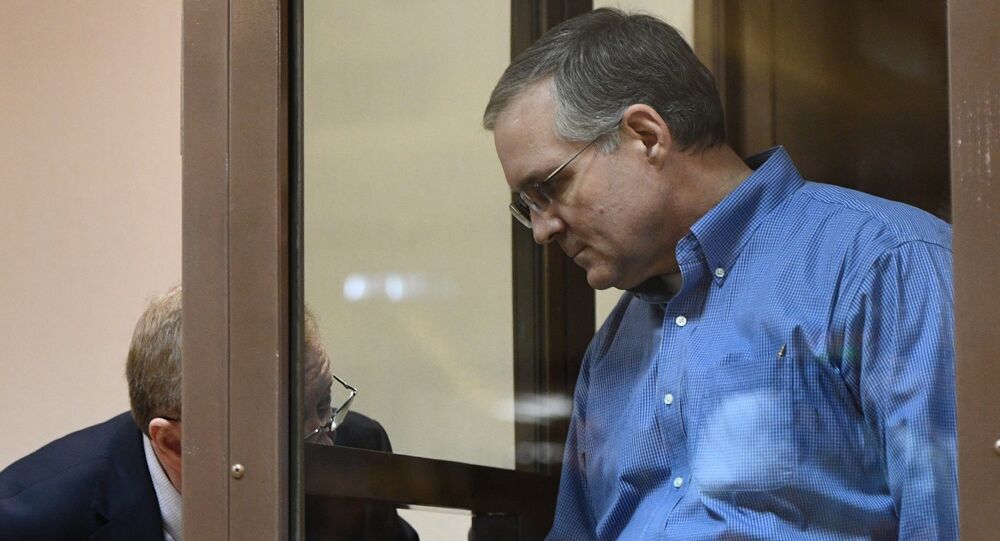 WASHINGTON (Sputnik) - US diplomats are scheduled to visit espionage suspect Paul Whelan, who is currently jailed in Moscow, on February 5, his brother David Whelan said in a statement on Monday.

"The US Embassy has been granted a visit by the Russian government to see Paul on Tuesday, February 5th," the statement said.

David Whelan noted that up to date his brother received four consular visits by US, Irish, UK and Canadian diplomats. His brother, Paul, holds citizenship of all the four countries.

He added that Whelan's defence lawyers are scheduled to visit him this Monday.

"We continue to hope that diplomatic efforts at levels above this consular support are taking place in order to free Paul as soon as possible," the brother said.

This comes after Whelan was detained on charges of espionage in Moscow in December. He denied the charges and insisted he came to Russia to attend a friend’s wedding.

The 48-year-old is currently in custody. The Moscow City Court ruled down the appeal to release him from detention.