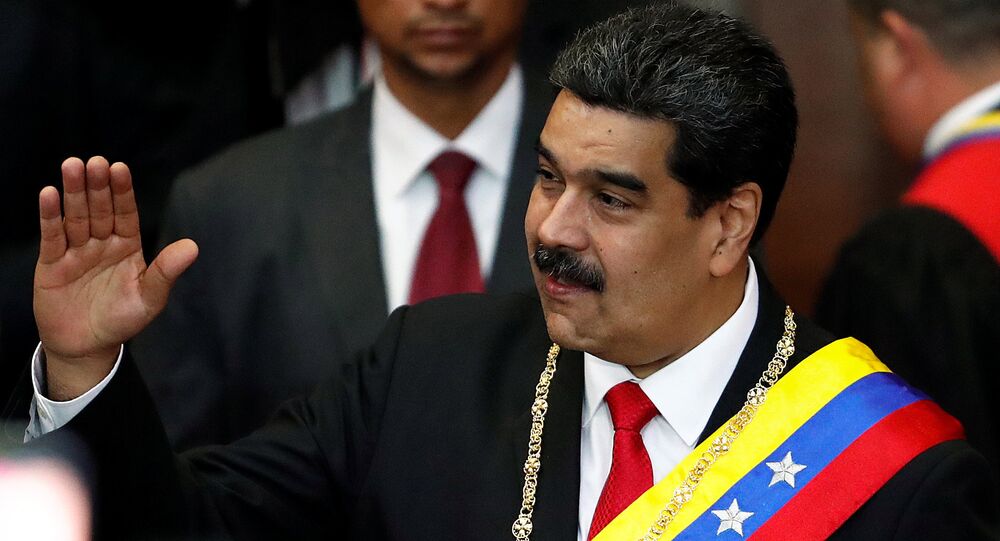 ROME (Sputnik) - Venezuelan President Nicolas Maduro said Monday he had written to Pope Francis, asking him to help advance dialogue with the opposition, who has so far refused to engage in talks.

"I sent a letter to Pope Francis, I hope it's on its way or has already arrived in Rome… I asked for assistance… in facilitating and strengthening the dialogue," Maduro told Sky TG24.

© REUTERS / Carlos Garcia Rawlins
Guaido Says All Opportunities for Dialogue With Maduro Government Exhausted
He said he had described himself as a Christian who is "in service of a godly cause" and hoped to receive a positive response from the leader of the Catholic Christianity, who is on a three-day trip to the UAE.

Tensions in Venezuela escalated almost two weeks ago when opposition leader Juan Guaido declared himself interim president and promised a new election. He was almost immediately recognized by the United States and several Latin American countries.

Russia, China, Mexico and several others continue to back Maduro. A source in Brussels told Sputnik earlier on Monday that an EU statement recognizing Guaido was blocked by Italy. France, Germany, Spain, the United Kingdom and the Netherlands then separately announced support for the opposition parliamentary speaker.