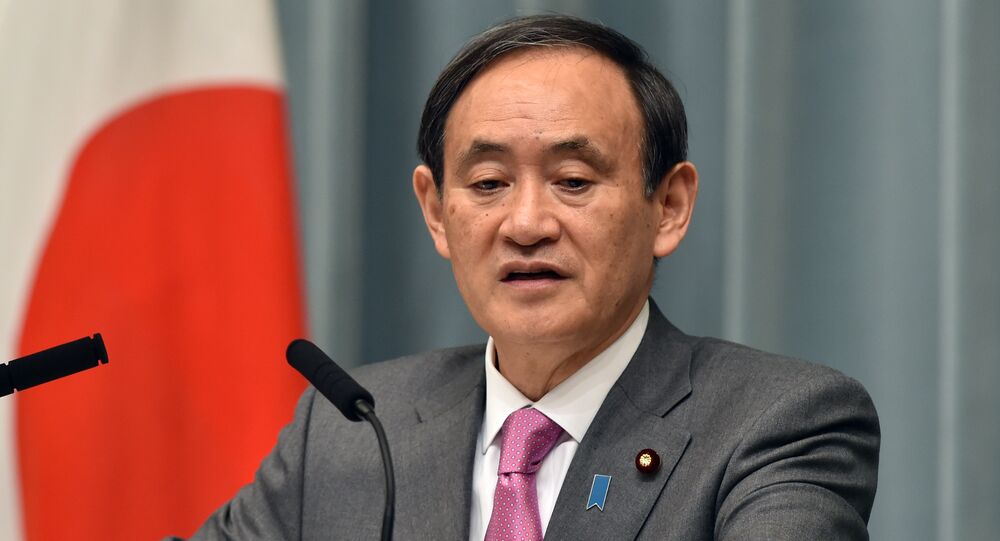 Tokyo Would Not Welcome INF Termination, Understands US Motivations - Cabinet

TOKYO (Sputnik) - Tokyo would not welcome the termination of the US-Russian Intermediate-Range Nuclear Forces (INF) Treaty but it understands Washington's motivations to suspend its compliance with the accord, Japan's Chief Cabinet Secretary Yoshihide Suga said on Monday.

"The treaty has played a historic role in the arms control and reduction. We qualify the situation in which the treaty has to be terminated as unwelcome," Suga said at a briefing.

The official added that Tokyo was able to understand the "essence of the problem that triggered the United States to announce its decision."

© AP Photo / John McCutcheon
US Retains Right to Revoke Notice of Withdrawal From INF Deal – State Department
On Friday, US State Secretary Mike Pompeo announced that the United States had suspended its obligations under the INF Treaty and triggered the six month withdrawal process amid accusations over Russia's "violations" of the pact, a claim Moscow has strongly denied. The following day, Russian President Vladimir Putin said that Moscow had suspended its participation in the treaty in response to the US actions. However, he stressed that all Moscow's proposals remained on the table.

The INF Treaty, signed by the United States and the Soviet Union in 1987, bans all ground-launched ballistic missiles with ranges between 310 and 3,400 miles. The United States has repeatedly accused Russia of violating the accord, in particularly voicing concerns that Russia's 9M729 missile violated the provisions of the INF. Moscow has denied the allegations, citing lack of proof and complaining in turn that US defense systems in Europe are equipped with launchers capable of firing cruise missiles at intermediate ranges.