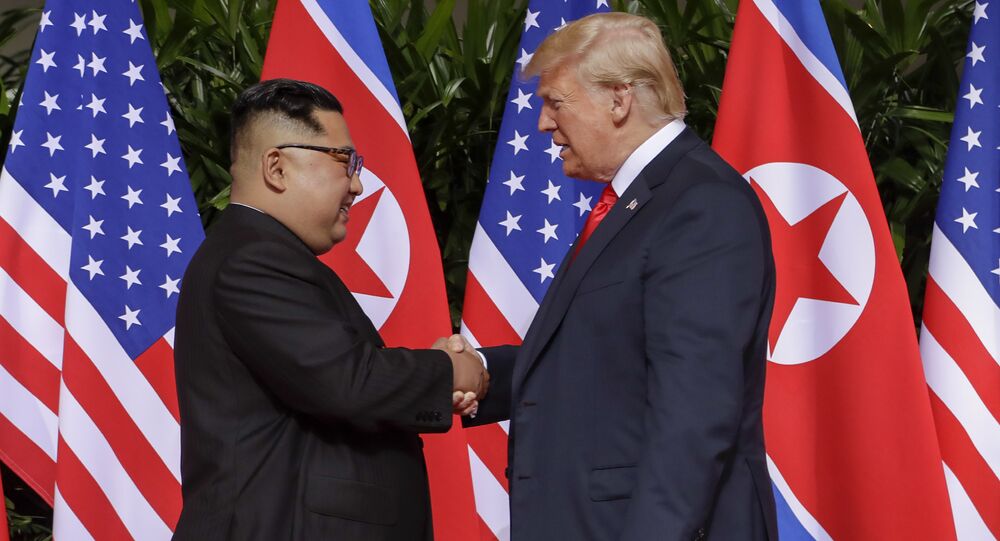 MOSCOW (Sputnik) - US President Donald Trump on Sunday said that he had not discussed the withdrawal of US troops from South Korea with North Korean leader Kim Jong-un in light of the upcoming summit between the leaders.

"Yeah, I mean we haven't talked about anything else. Maybe someday. I mean who knows. But you know it's very expensive to keep troops there. You do know that. We have 40,000 troops in South Korea, it's very expensive. But I have no plans, I've never even discussed removing them," Trump told the CBS broadcaster, when asked whether Washington plans to keep US troops in South Korea.

READ MORE: 'Thinking About It': Trump Could Meet With Xi During Asia Trip for Kim Summit

The US president also noted that there was a "good chance" of achieving a deal with North Korean Leader Kim Jong-un at the upcoming second US-North Korea summit.

"But there's also a very good chance that we will make a deal. I think he's also tired of going through what he's going through," Trump told CBS News.

READ MORE: US Envoy to Meet With South, N Korean Counterparts Ahead of Trump-Kim Summit

This comes after the US leader said on Thursday that he would announce the date and location of the new summit with Kim next week.