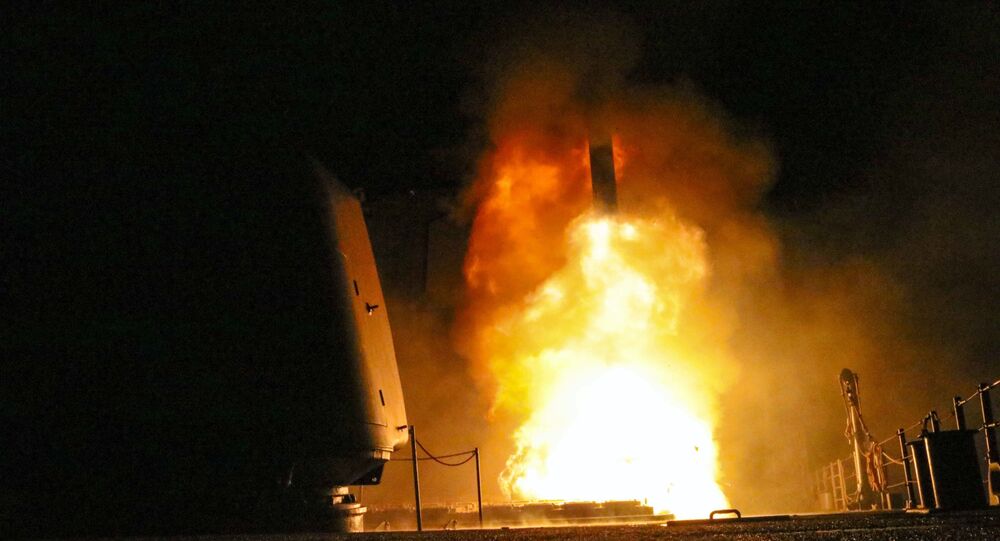 US Secretary of State Mike Pompeo warned Russia in December that it has two months to cease its alleged violations of the Intermediate-Range Nuclear Forces (INF) Treaty. Moscow has denied all accusations and has made counterclaims regarding Washington's own adherence to the accord.

The Russian Foreign Ministry's spokeswoman slammed the US decision to withdraw from the INF Treaty and noted that Moscow now has the right for reciprocal actions. She added that Washington's move is part of a strategy to free the US of responsibility in various legal spheres.

The ministry's spokeswoman Maria Zakharova also stated that Moscow is surprised that the US still questions the transparency of Russia's actions under the INF Treaty, adding that Washington has failed to present any evidence proving alleged Russian violations of the accord, "apart from Tweets".

US President Donald Trump announced in a statement that upon withdrawing from the Treaty, the US will move on with the development of its own military response to the alleged Russian violations. He added that Washington's NATO allies "fully support" the US in its actions in regards to the INF withdrawal.

Trump also stated that Washington has "fully adhered" to the accord for over 30 years and said that the US can't be "the only country in the world unilaterally bound by" it. At the same time, he noted that the US is ready to engage with Russia on arms control negotiations that would lead to striking an agreement that is "verifiable and enforceable", and which provisions are fulfilled by all parties involved.

The US president went on to say that once such an agreement is reached, Moscow and Washington would be able to achieve "an outstanding relationship on economic, trade, political, and military levels".

A senior US administration official told Sputnik that despite the withdrawal, Trump is interested in improving relations with Russia. According to the source, the six-month period following the beginning of the US pull-out from the INF Treaty is Moscow's "final chance" to return to compliance with it.

"The ball is in Russia's court. If it is interested in a positive relationship with the West, it needs to stop some of the […] actions against the West", the official said.

The US official noted that currently, the White House is not considering deploying nuclear weapons in Europe following the withdrawal from the INF Treaty.

Secretary of State Mike Pompeo announced that the US will be suspending its obligations under the provisions of the INF Treaty starting on 2 February. He further threatened that the accord would be entirely terminated if Russia doesn't fulfil the US' demands regarding the alleged treaty violations. Specifically, Washington wants Moscow to destroy all ground-based 9M729 missiles and their launchers, as well as other associated equipment that allegedly violates the INF Treaty.

"We provided Russia an ample window of time to mend its ways and for Russia to honor its commitment. Tomorrow that time runs out. Russia has refused to take any steps to return real and verifiable compliance over these 60 days", Pompeo said.

According to to the Secretary of State, Russia has six months to salvage the deal while the US goes through the process of withdrawing from it.

German Foreign Minister Heiko Maas wrote on his Twitter page that without the INF Treaty, the world will become less safe, adding that it doesn't need debates about a build-up of armaments, but arms control treaties.

The US claims that Russia is violating the accord by testing the 9M729 (NATO reporting name SSC-8) missiles at ranges banned by the agreement. Russia has repeatedly denied the accusations, arguing that the 9M729 missile range does not violate the INF Treaty. Moscow held a briefing to present the missile in question and clarify its characteristics.

During the briefing, the Russian Defence Ministry revealed that the 9M729 has a maximum range of 480km, meaning that it is in line with the INF Treaty requirements. However, representatives of the US, UK, France, Germany, the EU and NATO did not attend the ministry's briefing on the missile.