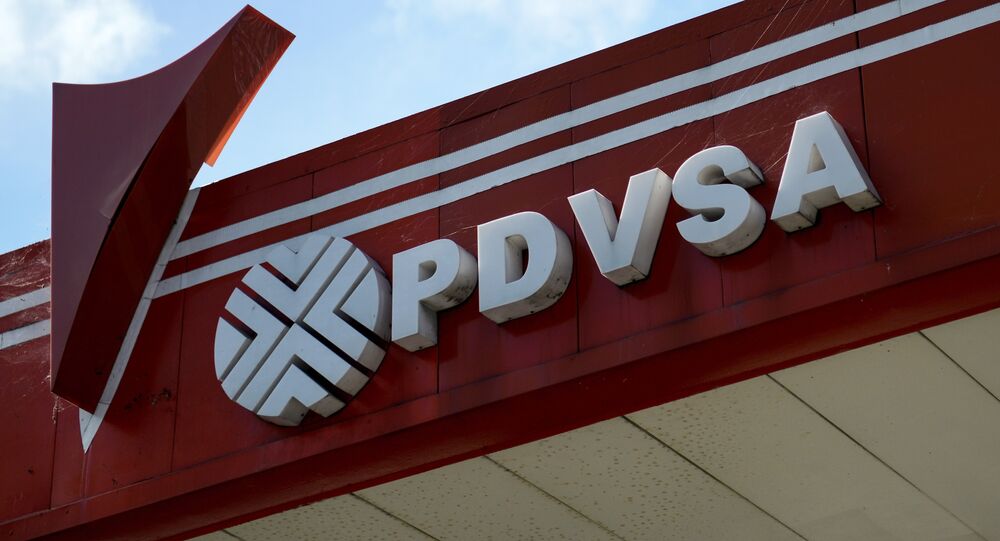 MOSCOW (Sputnik) - The United States will soften sanctions on Venezuelan state-owned oil company PDVSA if Caracas transfers control over the company to opposition leader Juan Guaido or any democratically elected government, the US Treasury Department said on Friday.

"The path to sanctions relief for PdVSA and its subsidiaries is through the expeditious transfer of control of the company to Interim President Juan Guaido or a subsequent, democratically elected government that is committed to taking concrete and meaningful actions to combat corruption, restore democracy, and respect human rights. A bona fide transfer of control will ensure that the assets of Venezuela are preserved for the country’s people, rather than misused and diverted by former President Nicolas Maduro", the Treasury Department said in a statement.

© AP Photo / Michael Probst
Crisis-Hit Venezuela to Ship Gold to UAE for Euros in Cash – Reports
The statement went on to say that Washington would keep using its "economic tools" to back Guaido, who has declared himself the interim president of Venezuela.

Meanwhile, legitimate Venezuelan President Nicolas Maduro said in an interview with Sputnik this week that the United States had thrown its weight behind Guaido in the hope of getting its hands on Venezuela’s oil reserves, which are recognised as being the world’s largest.