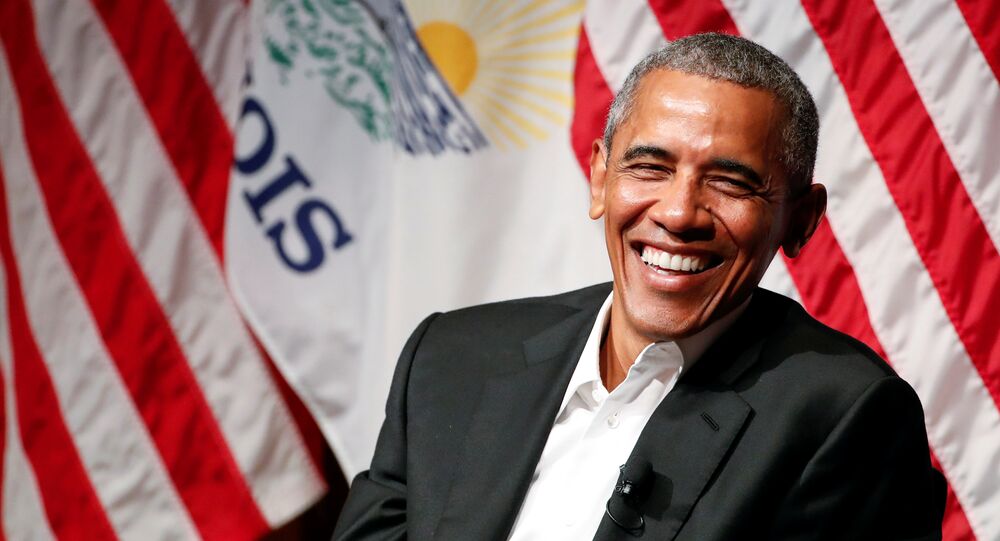 According to a former Saudi intelligence head and diplomat, former US President Barack Obama would promise things and then do “exactly the opposite.” He also said Russia and Iran were “emboldened” by Obama’s foreign policy.

Obama lied to Saudi Arabia by setting "red lines" regarding Syria and its alleged use of chemical weapons and not enforcing them when chemical attacks did happen on Syrian soil, Prince Bandar bin Sultan said in an interview, according to The Jerusalem Post.

Bin Sultan formerly served as head of Saudi intelligence and as Saudi ambassador to the United States.

Speaking with Independent Arabia in an interview which has yet to be published in full, bin Sultan recalled a phone conversation with the then-US president.

"I did not expect that [after] this long life, I would see [the day] when an American president lies to me," bin Sultan reportedly told Obama over the phone.

© AP Photo / Michael Sohn
Saudi Arabia Unveils $427-Billion Plan to Reform Economy
During his last year in office, Obama made brash statements regarding chemical attacks in Syria, which the US repeatedly accused Damascus of orchestrating; however, when such attacks did occur, the US refrained from living up to its threats. Russia has repeatedly provided evidence that Syrian President Bashar Assad and Damascus were not behind the chemical attacks.

He opined that Obama's diplomatic course has taken the Middle East "back 20 years," the Jerusalem Post reports.

Russia and Iran are the only two participants in the Syrian conflict who received official invitations from Assad. Both Turkish and US-led coalition forces operate on Syrian territory without permission from Damascus.

The full interview, which also includes bin Sultan's opinions on Syria, Qatar, Israel and Palestine, is set to be published in the coming days, Al-Masdar News reports.