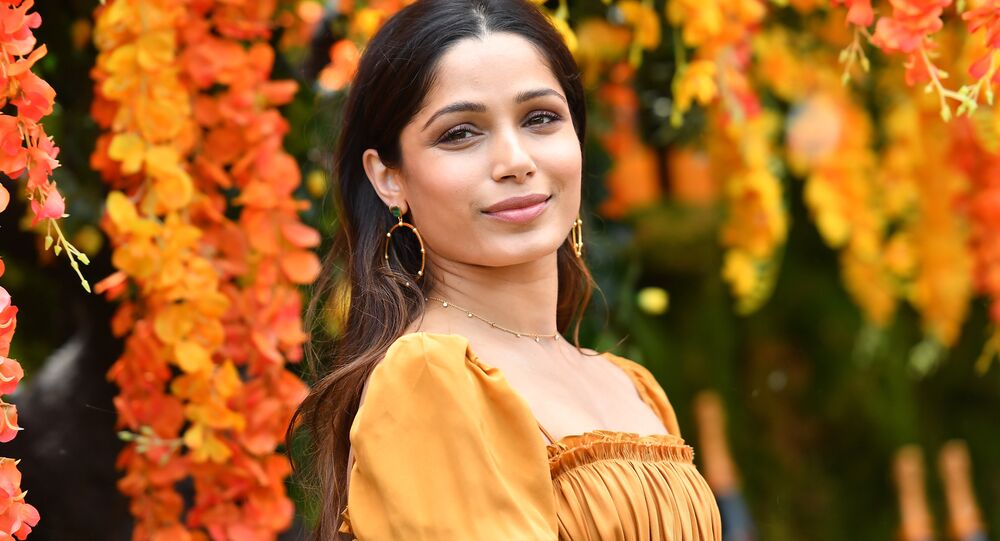 As the movie star explained, she didn't have any issue with skin-lightening after complaining about it, adding that she even included a clause in her contract which states that she won’t take any part in promoting any skin-lightening products.

Indian movie star Freida Pinto has announced that cosmetics giant L’Oreal altered photos of her featured in a company ad campaign several years ago, making her skin look lighter than it actually is.

© AP Photo / Agostini/Invision
US Model Goes to Nigeria to Launch Skin Bleaching Cream, Gets Into Fight - Report
In an interview with The Guardian, Pinto recalled how her contract with the company, which she signed in 2009, came under scrutiny two years later “when it was suggested that the company had lightened her skin in a campaign”, even though L’Oreal insisted otherwise.

"I’m sure they did, because that’s not the colour of my skin you saw in a few of the campaigns," the actress said.

According to Pinto, when the controversy came to light, she immediately told her agent that she would like to "see the pictures before" and to question her employers "on colour correction".

"All the brands, including L’Oréal, have a skin-lightening range that they sell in India and I made them put it in my contract that I would not touch that with a barge pole," Pinto added, noting that after she protested against the skin-lightening, "it never happened again".

Freida Pinto rose to prominence after her debut in 2008 drama Slumdog Millionaire. Since then, she appeared in a number of movies and TV shows, earning herself widespread recognition and praise.