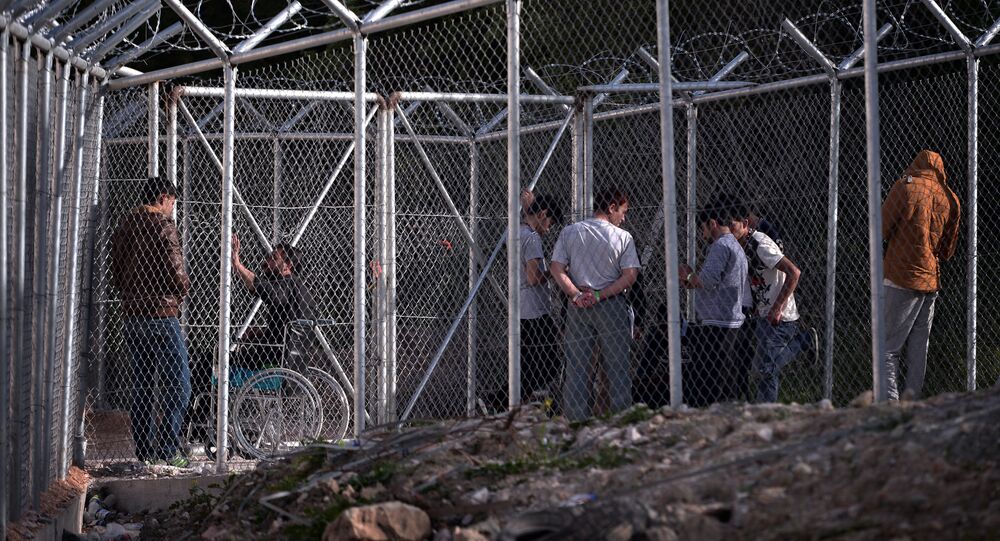 ANKARA (Sputnik) - The European Union has not met its financial obligations to help Syrian refugees in line with its 2016 migration agreement with Turkey, which in the meantime allocated about $35 billion for these same refugees, Turkish President Recep Tayyip Erdogan said on Monday.

"We have spent $35 billion on the needs of refugees, whose number in our country totals about 4 million. The European Union has pledged to provide material assistance but has not kept the promise, contributing just a symbolic sum. Turkey is the country that provides the most humanitarian aid. This is a matter of conscience, not of money," Erdogan said while delivering a speech in Istanbul.

He also questioned the West's approach toward fighting the Islamic State (IS, banned in Russia), saying that its fight against the terrorist group was accompanied by support for the Syrian Kurdish People's Protection Units (YPG), which Turkey believes is linked to the Kurdistan Workers' Party, a group it considers a terrorist organization.

"[The West is] trying to cope with [the terrorist group] by arming another terrorist organization," the Turkish leader argued, referring to the YPG.

Erdogan indicated that Turkey maintained contacts with the United States and Russia, as well as with other countries that have a military presence in Syria, adding that Turkey would soon bring peace to the Syrian territories east of the Euphrates River.

"We will clear IS militants, who have been trained to fight against us, from these territories. We will create a security zone so that 4 million refugees can return to their homes," he added.

© AP Photo / Lefteris Pitarakis, File
Can Syrian Refugees Influence the Outcome of Elections in Turkey?
In December, Erdogan announced that Ankara was ready to launch a military operation against Kurdish fighters on the eastern bank of the Euphrates as well as in Syria's Manbij, located near the Turkish border if the United States did not remove the militia from there.

He later said that he had decided to postpone the start of the military operation in Syria after a phone conversation with US President Donald Trump on December 14, during which the US president also revealed his plans to withdraw troops from Syria.

In March 2016, the European Union and Turkey concluded a migration deal in which they agreed that Syrian refugees arriving in Greece would be returned to Turkey if their claim for asylum was rejected, while Syrian asylum seekers in Turkey would be resettled in Europe on a one-for-one basis. Brussels, in turn, vowed to provide financial aid to the country to cover the costs of migrant reception.