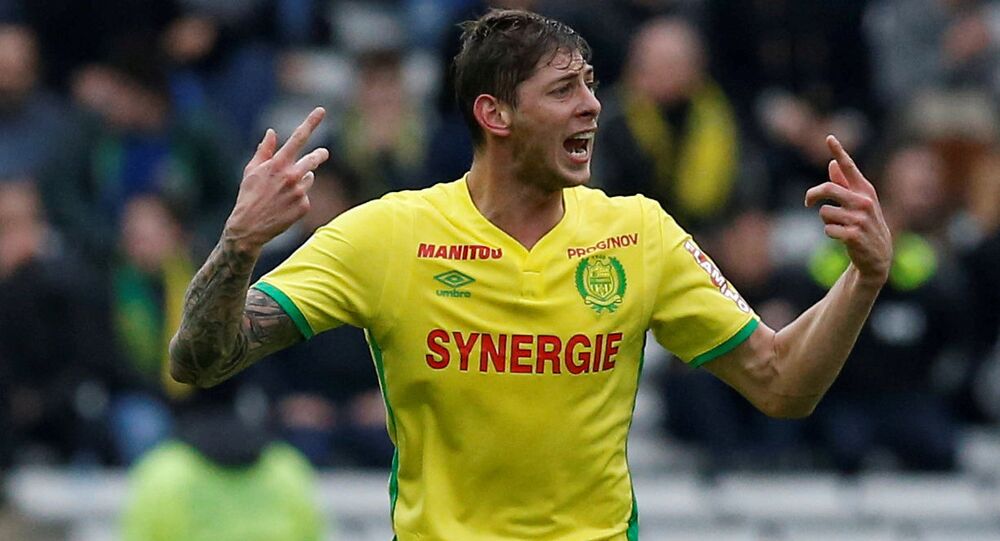 The search for the missing plane carrying Argentine striker Emiliano Sala was called off after officials said there were dim chances of finding the aircraft.

An Argentine model has reached out to President Mauricio Macri, urging him to continue the search for professional footballer Emiliano Sala and his pilot, whose plane went missing en route to Wales from France this week.

"Please support the search for Emiliano Sala," Berenice Schkair wrote, replying to a tweet in which Mauricio Macri said he supports the self-proclaimed Venezuelan interim president, Juan Guaidó. She later deleted her post.

"It came out of my heart because I saw [Mauricio Macri] tweeting about other issues," the "heartbroken" Berenice Schkair, who claims to have met Sala several months ago, said in an interview with Canal 13.

Authorities on Thursday formally called off the search for Cardiff City's new signing, saying the chances of his survival were "extremely remote".

The 28-year-old striker, who recently moved to the Welsh Premier League club after a four-year stint at France's Nantes, was on board the Piper PA-46 Malibu that disappeared from radars over the English Channel on Monday.

According to multiple media reports, the Argentine striker sent an audio message to his friends on WhatsApp from aboard the plane. "I am here in the plane that seems is about to fall to pieces," he said. "I'm scared."

Sala was flying to Wales from France after saying the "last goodbye" to his ex-teammates. Cardiff City said that they had offered Sala a commercial flight, but he rejected the proposal and instead made travel arrangements via his football agent.