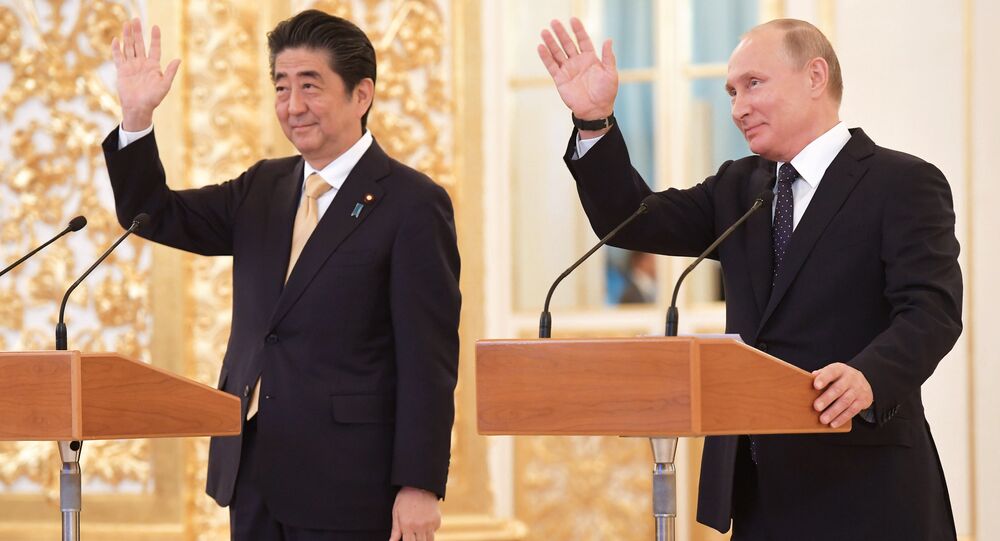 PETROPAVLOVSK-KAMCHATSKY (Sputnik) - Statements made by Japanese Prime Minister Shinzo Abe about Tokyo's claims to the disputed Kuril islands will significantly complicate his upcoming negotiations with Russian President Vladimir Putin, Yury Ushakov, an aide to the Russian leader, said on Sunday.

"[Abe's statements] have complicated the process of negotiations, that is for sure," Ushakov told the Rossiya 1 broadcaster.

Putin and Abe are expected to address the peace treaty talks during their meeting on January 22, when the head of the Japanese government will be paying a working visit to Russia.

© Sputnik / Konstantin Salomatin
Japan to Propose Russia Abandon Mutual Compensation Claims on Kurils - Reports
Earlier in January, Moscow and Tokyo held the first round of talks on the conclusion of a permanent peace treaty, which should finally mark the end of the state of war between the two countries after World War II. Abe said that Japan would claim sovereignty over the Kurils, which have long been stalling the peace process but had no intention of deporting Russian citizens living there if the islands were indeed conceded to Tokyo.

Russia and Japan have been unable to agree on a peace treaty after the end of World War II for over 70 years, primarily due to the dispute over the Kurils, now governed by Moscow, which considered the islands an inalienable part of the country's territory.

READ MORE: Tokyo Has No Plans to Displace Russians From Kurils If Gets Islands — Abe

In 1956, Moscow and Tokyo signed a Joint Declaration that provided for the restoration of bilateral relations after the war and stipulated that Japan and the Soviet Union would continue to make efforts toward signing a permanent peace treaty and settling the island dispute. The Soviet Union also pledged to consider handing over two out four contested islands — Habomai and Shikotan — to Japan.