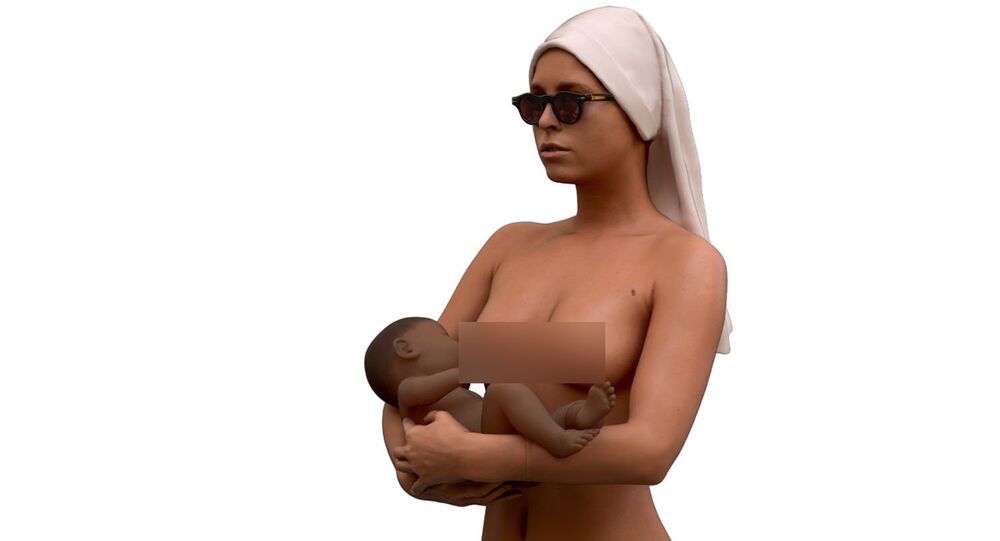 Marisa Papen claims that she does not oppose faith and religion, insisting that her goal is to help people of the world "break free of their mental imprisonment". Nevertheless, a slew of believers deemed her daring photos disrespectful. Her latest pictures have become part of a fine arts print collection, with some pieces going for a hefty $22,800.

Marisa Papen, the controversial Playmate who faced outrage from believers for flashing her intimate areas in the Vatican and Turkey, has once again pulled off an 18+ stunt.

The imagery is priced at 70 euros ($80) and constitutes part of FXCKRLGN, a collection of religious-themed prints featuring incessantly naked Marisa Papen. The most expensive of them are pegged at €20,000 ($22,800) and show Marisa dragging a man-size crucifix across a Vatican street and sitting on a bunch of Bibles in St. Peter's Square.

"I think anyone who has the capacity to understand art and its message can see why this whole concept is so special and next level," a spokesperson for Frank Rose's store told The Mirror. "There is a huge unpredictable risk tied to each and every frame."

Marisa's temptation for baring herself in the name of art has dragged her into trouble on numerous occasions prior to this latest controversy. The 26-year-old Belgian model and her photographer were arrested and interrogated in December during the photoshoot but were later released after Vatican police took their mugshots and fingerprints.

In another similar incident, she was caught naked at the Luxor temple in Egypt and spent 24 hours in jail. The arrest didn't affect Marisa's creativity, however, as she later flashed her genitals in Hagia Sophia, a former cathedral and mosque in Istanbul which is now a museum.

Outrage at Claim God Made Virgin Mary Pregnant Without Consent