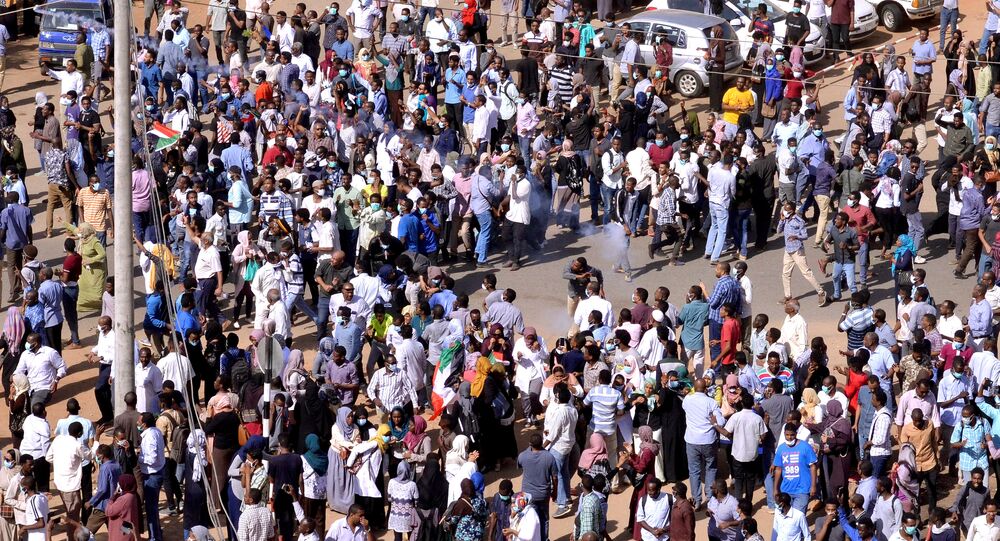 CAIRO (Sputnik) - The Russian Embassy in Khartoum said Tuesday that reports on Russia's alleged mercenaries participating in suppressing protests in Sudan were fake.

"We declare with all responsibility that Russian experts from non-government structures do not participate in suppressing protests in Sudan, as some unscrupulous Western media claim", the embassy's spokesman, Vladimir Tomsky, told Sputnik.

"The media reports in the UK's Times and similar outlets on Russian mercenaries are outright fakes seeking to demonize our country and its foreign policies", Tomsky said.

Previously, The Times claimed, citing the Sudanese opposition, that Russian mercenaries from the private military company Wagner Group had been spotted patrolling the anti-government protests in Khartoum.

Death Toll in Unrest in Sudan Rises to 24 - Reports