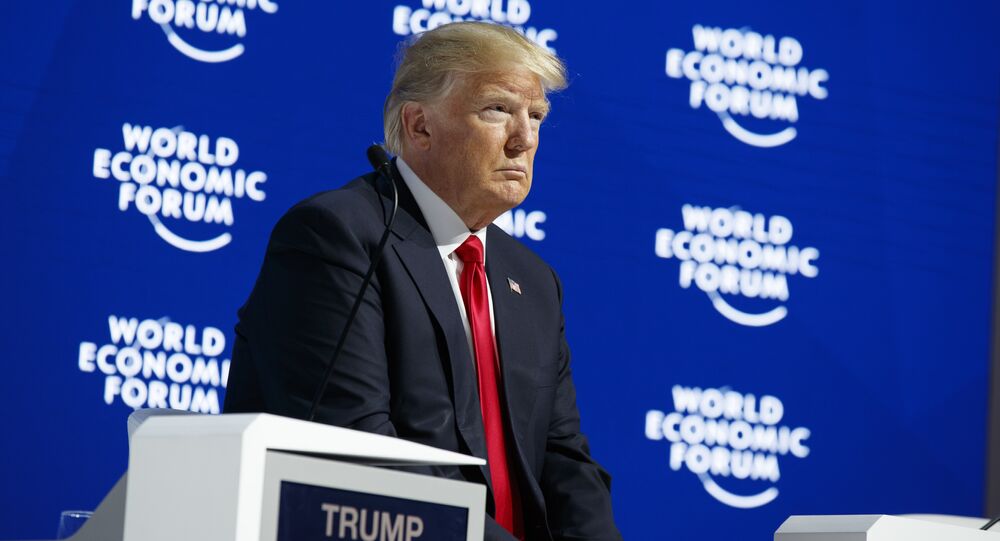 Trump Skips Davos Because of Democrat 'Intransigence' on Border Security

WASHINGTON (Sputnik) - US President Donald Trump in a statement on Thursday said he is cancelling his trip to the economic summit in Davos because the Democrats are being recalcitrant over border security.

"Because of the Democrats[‘] intransigence on Border Security and the great importance of Safety for our Nation, I am respectfully cancelling my very important trip to Davos, Switzerland for the World Economic Forum. My warmest regards and apologies to the @WEF!" Trump said in a Twitter post.

Earlier in the day, Trump stated he was weighing the option of cancelling his scheduled appearance at the World Economic Forum in Davos.

"I intended to go and speak in front of the world's financial community in Davos, that is still on," Trump told reporters at the White House ahead of his departure to the US southern border in Texas. "But if the shutdown continues, I won't go."

Currently, the president is visiting the border to drum up support for his demand for funds to build a wall along the southern US border with Mexico.

Parts of the US federal government have remained closed for the last 20 days as Trump and Democrats have battled over the president's request for $5.7 billion to build the border barrier.

At the White House on Thursday, the US president reiterated his view that the discussions were a total waste of time but denied pounding the table or having "temper tantrums," as described by Schumer. He added that it is much easier for him to deal with the government of China on trade than to reach a compromise with Democrats on the border wall.

The World Economic Forum will take place in Davos, Switzerland on January 21-January 22.