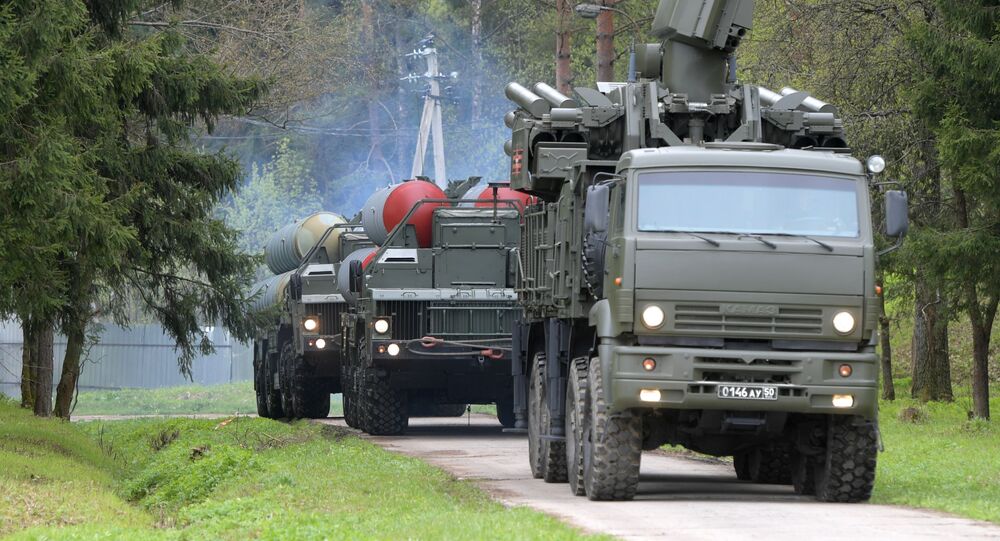 ANKARA (Sputnik) - Turkey is ready to consider US proposal on deliveries of Patriot air defense systems, but refuses to abandon the S-400 deal with Russia as a potential precondition for the Ankara-Washington agreement, Turkish Foreign Minister Mevlut Cavusoglu said Thursday.

"Turkey may buy Patriot systems in the future. But it will be impossible if abandoning S-400 will be one of the conditions for the purchase," Cavusoglu told the NTV broadcaster.

© Sputnik / Grigoriy Sisoev
'Done Deal': Turkish FM Says Purchase of Russian S-400 Cannot Be Cancelled
The statement followed last week's report by the Anadolu news agency, saying that a US delegation in Ankara had made an official offer to Turkey to purchase Patriot systems. The media has not revealed any details on whether the US offer envisaged a precondition to cancel S-400 missile systems purchase from Russia.

Earlier, a Bloomberg report cited two sources familiar with the discussions as saying that Turkey had allegedly suggested US technical experts delve into the S-400 systems in order to "control damage" in relations with Washington.

The US government has repeatedly expressed concern over Turkey's decision to go on with the purchase of Russia-made missile defence systems, threatening to block the delivery of F-35 fifth-generation fighter jets to Ankara.

Recently, a US delegation made an official offer to Turkey to purchase US-made Patriot air defence systems, according to the Anadolu news agency. Four AN/MPQ-65 radars, 10 antenna-mast units, 20 M903 launching stations, and test equipment were listed in the offer.

US-Turkey Row: S-400 as Bone of Contention With F-35s and Incirlik Base at Stake