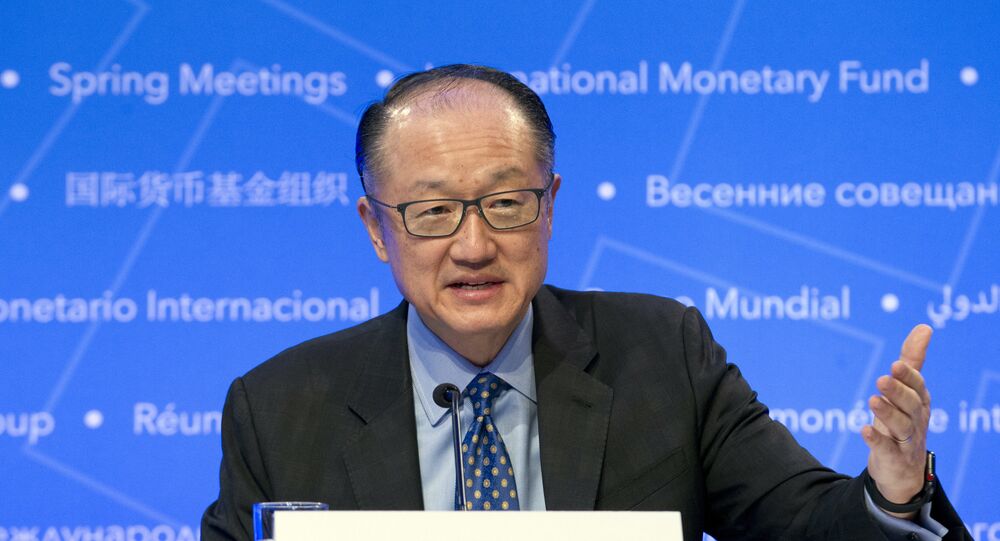 The World Bank has confirmed a recent report on its current President Jim Yong Kim's decision to resign, also naming an interim president.

The World Bank has announced that Kristalina Georgieva will assume the role of interim president effective February 1. The organisation also confirmed that Jim Yong Kim had stated his intention to resign on the same date.

"World Bank Group President Jim Yong Kim today announced that he will be stepping down from his position after more than six years", the statement said. "Kristalina Georgieva, World Bank CEO, will assume the role of interim President effective February 1".

Shortly before that, Reuters reported, citing sources, that Jim Yong Kim, the current president of World Bank, had informed the organization's board that he would resign from his post effective February 1.

© AFP 2019 / BRENDAN SMIALOWSKI
‘An Economy In Extreme Difficulty': US Jobs Report Hides Economic Truths
As the news agency specified, the outgoing president is set to immediately join a company and focus on improving infrastructure in developing countries.

READ MORE: Outdated Financial Model: Why Russia Refuses to Give Money to the World Bank