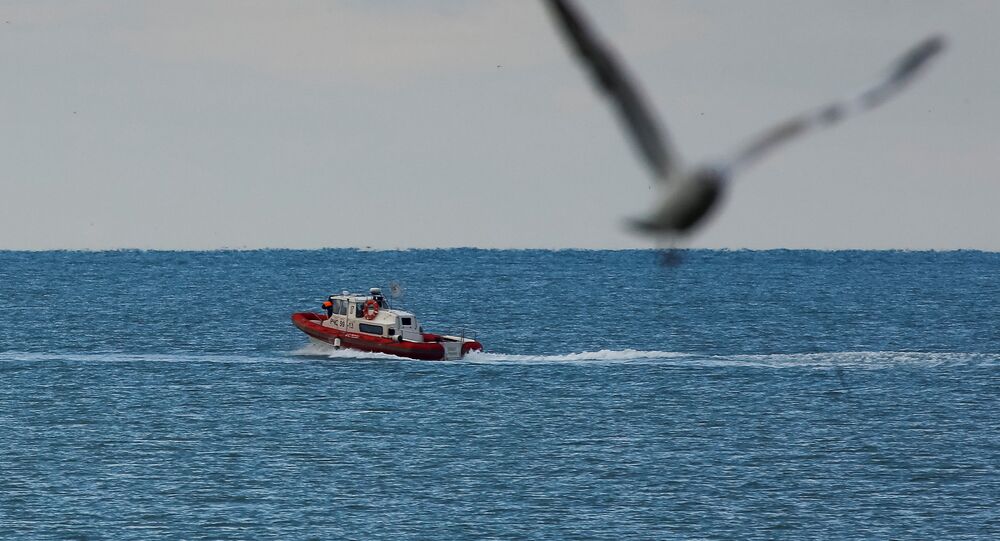 According to authorities in Turkey’s province of Samsun, at least two of the 13 crew members of the ship Volgo Balt 214 have died due to an incident in the Black Sea, 80 km off the Turkish coast.

“Rescue helicopters have arrived at the scene. So far, seven crew members have been rescued and the bodies of two dead have been found”, the Turkish Interior Ministry report says, noting that the Panama-flagged vessel sent an SOS signal at around 08:10 am (05:10 GMT).

Later in the day, the Anadolu news agency reported that the number of victims as a result of the incident had reached six people.

“According to the Samsun coast guard, there were no Russians among the 13 crew members of the vessel ‘Volga Balt’ that sunk in the Black Sea 80 kilometres off the Turkish coast. Previous information about two Russians on board the ship was not confirmed”, the press officer of the Russian Embassy in Turkey said.

© AP Photo / Laetitia Notarianni
Young Crewman of Royal Caribbean Goes Overboard on Cruise Ship - Reports
The Ukraine’s envoy to Turkey stated that four Ukrainians were among those who died due to the capsizing.

According to the reports, the crew included eleven Ukrainian citizens and two Azerbaijanis.

The ship was reportedly heading to Turkey from the Russian port of Azov, carrying coal.