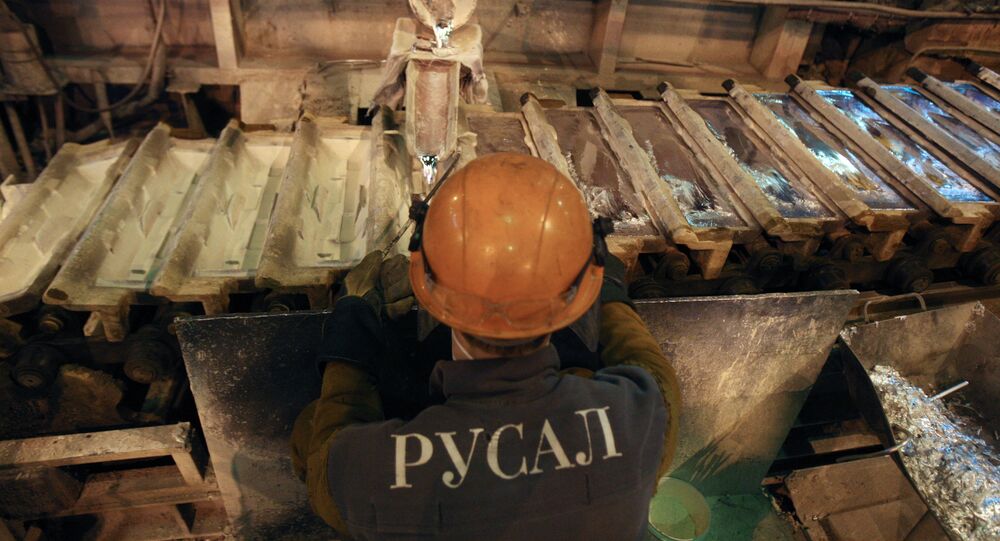 MOSCOW (Sputnik) –The Democrats’ leader in the US Senate, Chuck Schumer, prepared a resolution against the US Treasury Department's plans to remove US sanctions against Russian companies Rusal, EN+ Group and JSC EuroSibEnergo, the Daily Beast media outlet reported.

"I do so not because I have concluded that Congress should act to disapprove this agreement — I have not made that determination yet — but to preserve the procedural option of moving to bring up such a resolution at the end of the review process, if necessary, for expedited review and a vote by the full Senate," Schumer said in a statement as quoted by the outlet.

© Sputnik / Alexey Kudenko
Putin: Russia Should Respond to Sanctions by Improving Economy’s Competitiveness
He noted that lawmakers would continue to assess the decision to lift sanctions on businesses linked to Russian businessman Oleg Deripaska.

The Daily Beast reported that if Schumer filed a resolution, it would need to get thorough both houses of the US Congress by simple majorities just to reach US President Donald Trump, who might veto it, which would then require a two-thirds vote in each chamber to be overridden.

On Friday, Schumer set the table for the resolution of disapproval, the outlet reported.

In December, the US Treasury Department's Office of Foreign Asset Control (OFAC) said Rusal, EN+ Group and JSC EuroSibEnergo agreed to undertake significant restructuring for the sanctions to be lifted. OFAC Director Andrea Gacki explained that the three companies had agreed to make significant changes that would include reducing Russian businessman Oleg Deripaska's direct and indirect shareholdings in the entities to below 50 percent.