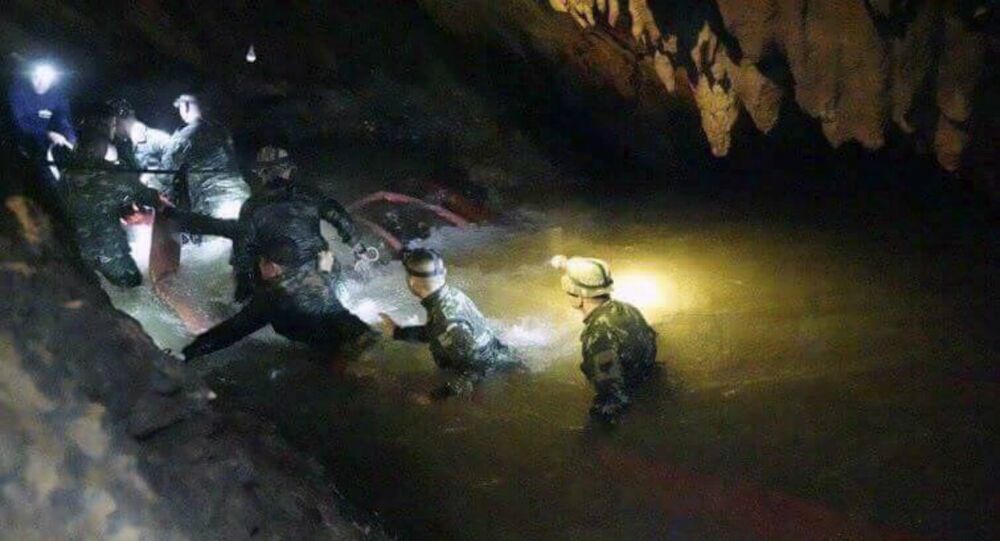 After UK diver Vernon Unsworth's statement about Elon Musk's submarine being "a PR stunt" and totally useless in rescuing 12 Thai boys trapped in a flooded cave in July, the billionaire posted on Twitter a series of offensive notes about the Briton, calling him, in particular, a "paedophile".

Lawyers for American entrepreneur Elon Musk have asked a US court to reject a fraud lawsuit filed against the billionaire by the British cave explorer who participated in an operation to save children from a cave in Thailand, BuzzFeed reports quoting documents published on 27 December in the electronic database of the court in the Central District of California.

"Shocked by Unsworth's indefensible and baseless attacks, Musk answered to defend himself and the efforts of SpaceX, Tesla, and the Boring Company employees who had given up their days and nights to help find a solution. Musk took to Twitter — a social networking website infamous for invective and hyperbole — to respond", the motion sent to court says.

© AP Photo / Royal Thai Navy
Elon Musk Enters Thai Cave as His Firm Makes Mini-Sub to Save Trapped Kids (VIDEO)
As follows from the motion, Musk's lawyers are asking that the lawsuit be rejected, arguing that the statements of the billionaire are protected by the first amendment of the US Constitution, which guarantees freedom of speech.

"Musk, unaware even of Unsworth's name, tweeted that he had never met the 'dude' from CNN, but was nonetheless determined to prove him wrong. He vowed to demonstrate that his submarine could navigate the caves 'no problemo'", the motion continues.

According to the defence, "Musk's statements were thus necessarily just imaginative attacks; even if offensive, such speculative insults are by their nature opinion and protected by the First Amendment", and cannot be subject to defamation laws, the documents state.

© AP Photo / Ringo H.W. Chiu
'Sorry Pedo Guy': Elon Musk Calls British Caver Who Helped Rescue Thai Boys a Pedophile
Unsworth has previously stated that his reputation was damaged due to the slanderous statements of Musk. In addition to compensation, the Briton has asked the court to officially prohibit the billionaire from continuing to make offensive statements against him. Meanwhile, Musk, in absentia, apologised to the speleologist and deleted the scandalous tweets.

The 12 young footballers from the Wild Boars club and their coach were trapped underground for more than two weeks before being rescued on July 8-10 following a unique three-day international search and rescue operation.