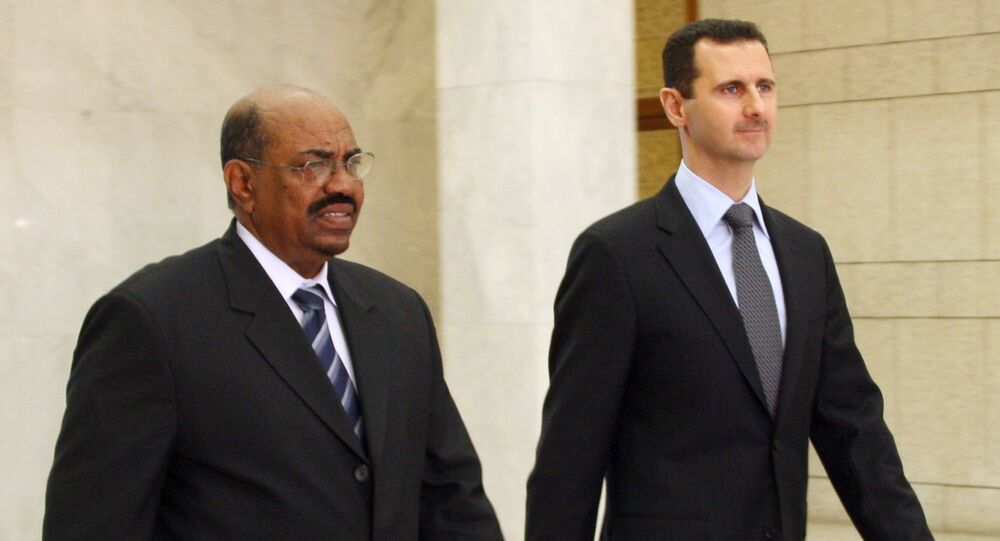 In November 2011, Syria was expelled from the Arab League over what the body described as Damascus' brutal repression of peaceful protests against President Bashar al-Assad.

The Guardian has cited diplomatic sources as saying that Gulf nations are considering re-admitting Syria into the Arab League in the immediate future.

The sources referred to an increasing consensus among the league's 22 members on the need for Syria to re-enter the organisation — something that Washington still opposes.

"At some point in the next year it is likely Assad will be welcomed on to a stage to once again take his place among the Arab world's leaders," the sources noted.

READ MORE: Arab League Calls on All Sides of Syrian Conflict to Observe Ceasefire in Syria

In this context, The Guardian specifically referred to Sudanese President Omar al-Bashir, who became the first Arab League leader to travel to Syria in eight years, in a visit that was touted as a sign of friendship on behalf of Saudi Arabia, which continues to bolster its ties with Sudan.

© AP Photo / Hassan Ammar
Arab League Summit Final Statement Forgoes Condemning Damascus for Alleged Chemical Attack
The newspaper reported that the visit, which took place in early December, was widely covered by Syrian government media outlets, posting pictures of the two leaders shaking hands along with the hashtag "more are yet to come".

On November 12, 2011, the Arab League suspended Syria from the body, also pledging to slap economic and political sanctions on Damascus, in response to what it called called the government's violent crackdown on apparent opposition protesters.