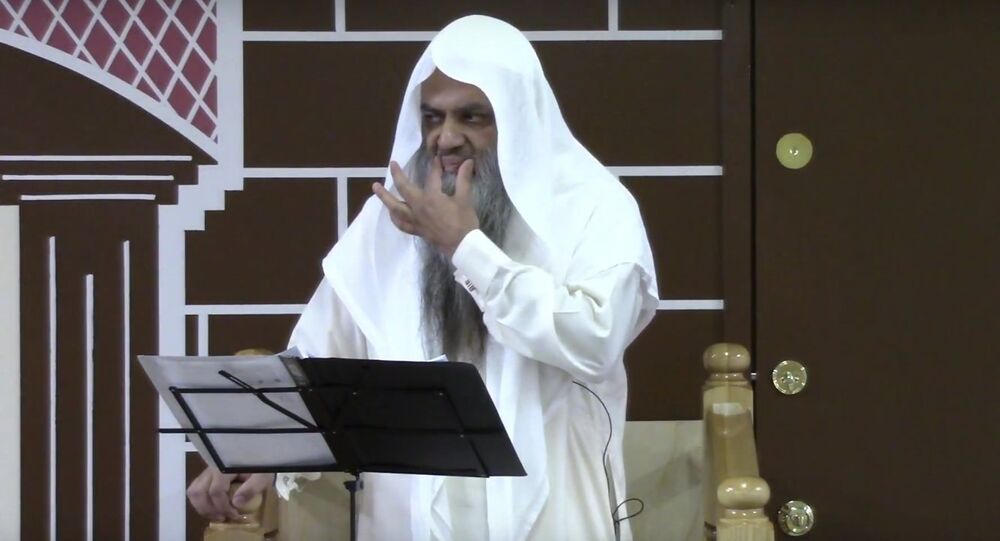 A video of Imam Younus Kathrada's sermon for the Muslim Youth of Victoria in the Canadian province of British Columbia was provided by the Middle East Media Research Institute and came ahead of Christmas celebrations around the world.

Those Muslims who congratulate Christians on the Christmas holiday are committing crimes which are even worse than murder, according to Sheikh Younus Kathrada from the Canadian province of British Columbia.

During his sermon at the Muslim Youth of Victoria, which came ahead of Christmas celebrations across the globe, Kathrada expressed regret over Muslims' perception of what he described as a "false holiday", claiming that they "must be offended" by the beliefs of Christians.

"There are those who will say to them 'Merry Christmas'. What are you congratulating them on? Congratulations on the birth of your Lord? Is that acceptable to a Muslim? Are you now approving of their beliefs? By saying that you are approving of it", he noted.

Kathrada went further by arguing that if a person commits such major sins as adultery, lying or murder, "they are nothing compared to the sin of congratulating and greeting the non-Muslims on their false festivals".

At the same time, he made it clear that he does not call for Muslims to crackdown on non-Muslims as far as his Christmas-related comments are concerned.

"I'm not saying, and I've never said, go out and just kill them, and do this to them […] Because Allah tells us not to allow the enmity that may exist between you and a people to cause you to be unjust towards them. Rather, be just", Kathrada concluded.

I would like to ask Imam @YounusKathrada if the welfare money he takes from the Canadian government is Halal, plus if he considers Canada is a "Kafir" country, why doesn't he leave & go live among the "believers" somewhere else?!! https://t.co/yiZHGZs01K

Most Twitter users expressed surprise over Kathrada's remarks, with some describing them as "completely ridiculous" and "awful". One netizen did not think twice before calling Kathrada a "maniac".

Incredibly stupid since Muslims believe in the virgin birth and revere Jesus the “anointed one”/messiah in Hebrew/masih in Arabic…which is the meaning of “Christ.”

Well, when you said merry Christmas yesterday, I said to
Myself now some preacher would comment under this tweet which didn’t happen. Honestly, I was surprised.

This is so awful. Not only that he said it but because of how so many people are going to use this as excuse to hate Canadian Muslims.if it leads to violence I can’t imagine! This has to be against Canadian speech hate laws.

He is a maniac. I am sure he is one of the fanatic who considers celebrating prophet's birthdays (or birthdays in general) a sin. I heard about some clerics brainwashing people against celebrations/mournings of any kind. He should be banned.

By this logic, saying Eid Mubarak on Muslim holidays makes me a heathen and apostate of Christianity. That’s completely ridiculous.

Firstly, if you are Imam Younus Kathrada in this video, then you are preaching hatred, not tolerance. I won't call you names as you did call me, but If you truly believe we —Muslims- shouldn't say 'Happy Holidays" to our fellow citizens who are not Muslims, you need help, peace!

A Sad Christmas Message: Homelessness in America is Growing. But Why?