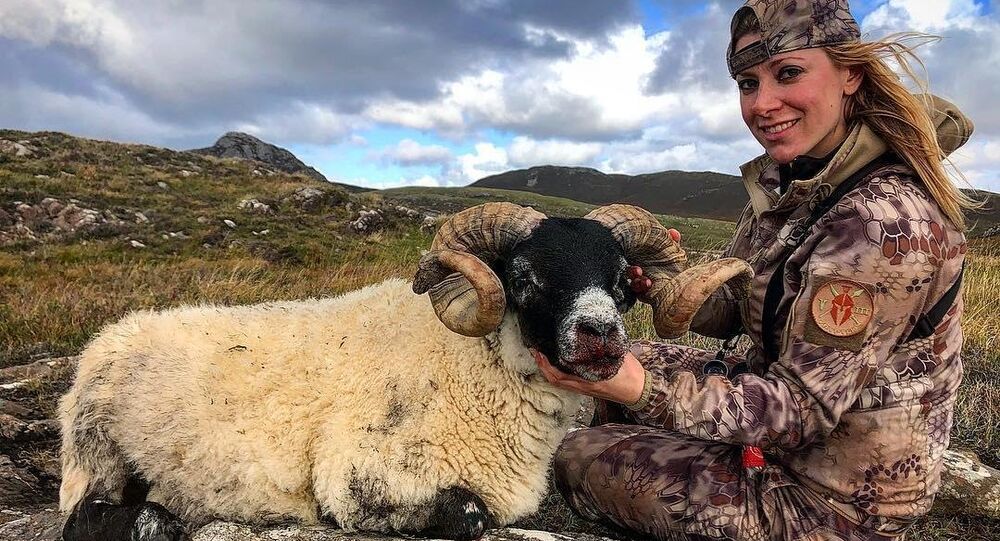 The incident which evoked public ire and attracted the attention of the authorities occurred on the island of Islay in autumn, when Switlyk and her companion killed a wild goat and boasted about it online.

Larysa Switlyk, an American TV presenter and a self-styled "hardcore huntress" who hosts the "Larysa Unleashed" show, is now facing criminal charges over alleged gun offences in Scotland she allegedly committed while hunting, according to The Evening Standard.

Earlier in October, Switlyk tweeted a picture of herself smiling over a wild goat she and her companion killed during a "fun hunt" on the island of Islay.

Beautiful wild goat here on the Island of Islay in Scotland. Such a fun hunt!! They live on the edge of the cliffs of the island and know how to hide well. We hunted hard for a big one for 2 days and finally got on this group. Made a perfect 200 yard s… https://t.co/AnIVSloS9J pic.twitter.com/x2FzvTF7No

​"Following several complaints of wild goat 'trophy' hunting on Islay in September, Police Scotland can now confirm that a 33-year-old woman and a 41-year-old man from the USA have been reported to the Procurator Fiscal for firearms offences," police said in a statement.

Totally understandable why the images from Islay of dead animals being held up as trophies is so upsetting and offensive to people. @scotgov will review the current situation and consider whether changes to the law are required. https://t.co/SIQxcEYBzR

There’s something very wrong with you, lady.

We all know which one is the 'animal' in this photo. Nothing to be proud of. Killing for sport shows a soul lacking in compassion.

'Shooting a Docile Creature' Should Not be Legal in Scotland - Activist