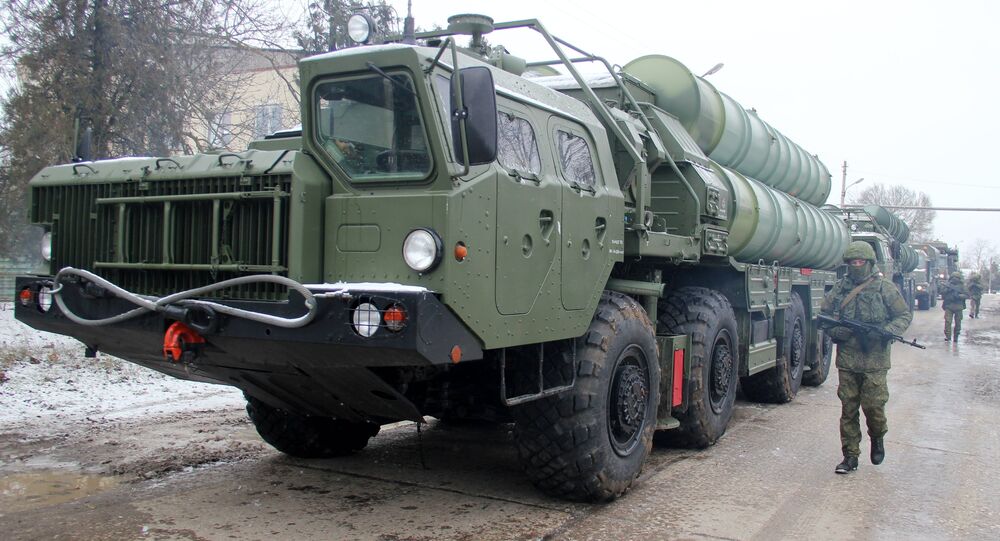 The announcement comes after Turkish Foreign Minister Mevlut Cavusoglu told reporters that Ankara would never give up on the S-400 deal with Moscow. According to him, the Turkish government has already finalized the accord and will buy the missile systems from Russia "without any question."

"Nothing of the kind. The process of implementing the contract for the purchase of the Russian [air defence] systems S-400 is going according to the plan. Period," Akard said when asked by a Sputnik correspondent whether or not such an offer was in place.

His comments followed a Bloomberg report citing two sources familiar with the discussions as saying last week that Turkey had allegedly suggested that US technical experts delve into the S-400 systems in order to "control damage" in relations with Washington stemming from Ankara's decision to pursue the contract with Moscow.

"As a rule, Russian military and defense cooperation with other states necessarily envisages legal obligations on non-disclosure of certain categories of information, of sensitive data related to this cooperation. In this case with the Turkish side, there are such obligations as well […]. We see no reason not to trust our Turkish partners," Peskov underscored.

Earlier, Turkish Foreign Minister Mevlut Cavusoglu confirmed that Ankara had already finalized the S-400 deal and will buy the missile systems from Russia "without any question".

The US government has repeatedly expressed concern over Turkey's decision to go on with the purchase of Russia-made missile defense systems, threatening to block the delivery of F-35 fifth generation fighter jets to Ankara amid fears that sensitive technology could be compromised and used to improve Russian air defenses if Turkey acquires both.

Turkey's Anadolu news agency, in turn, cited a high-ranking source in Washington as saying that the US continues to consider the S-400 air defense system a threat to its F-35 stealth fighter platform, and may impose sanctions against Ankara.

© Sputnik / Alexey Malgavko
Turkey Will Use Russian S-400 Independently of NATO Systems - Source
Earlier, Turkish Defense Minister Akar stated that the deployment of the S-400 systems to Turkey will start in October 2019. At the same time, he added that the US F-35 fighter jet program is to be continued as planned, with the next batch of jets to be delivered in March 2019.