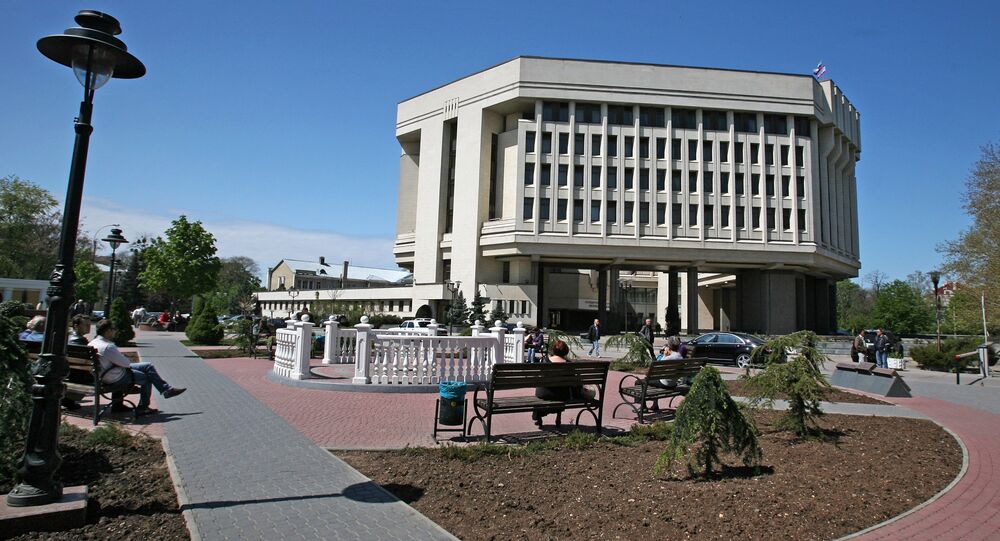 MOSCOW (Sputnik) - The United States planned to create a biological laboratory, one similar to the Georgian Lugar center, in Simferopol when Crimea was still part of Ukraine, head of Russia's national health and epidemic watchdog Rospotrebnadzor Anna Popova said Tuesday.

"Today, there are 11 US laboratories in Ukraine, and they have been modernized at the expense of the Pentagon. It was expected to construct such a laboratory in Simferopol as well," Popova said at a at briefing in Rossiya Segodnya International Information Agency.

Popova added that in 2014, after Crimea’s reunification with Russia and the formation of the health watchdog's service on the Peninsula, 104 pools of ectoparasites, 46 samples of internal organs of rodents and 105 samples of human blood serum were found on the territory of the former Soviet anti-plague station in Simferopol, which were ready to be dispatched. That anti-plague station became a hub for collecting material and sending it to Europe, she noted.

The official stressed that the biological material was fully prepared to be dispatched and only Russia’s reunification with Crimea had prevented the implementation of this project.

In September, former Georgian Minister of State Security Igor Giorgadze said the Richard Lugar Center for Public Health and Research in Georgia might have carried out lethal experiments on Hepatitis C patients. Russian Defense Ministry’s Maj. Gen. Igor Kirillov, in charge of radiation, chemical and biological protection, said the United States was using labs in Georgia, including those at the Lugar Center, and tested toxic substances on local residents in attempts to research ways to deliver and unleash biological weapons agents in breach of international accords.

© AP Photo / Damian Dovarganes
Pentagon Denies Developing Biological Weapons at Lugar Center in Georgia
Russia has repeatedly expressed concern about the activities of the Pentagon involving placement of its biomedical labs in close proximity to Russian borders. In 2015, the Russian Foreign Ministry mentioned in this regard the Lugar lab hosting the US Army Medical Department's research unit. Moscow believes that the US and Georgian authorities were trying to hide the true nature of the work of the facility.

Georgia and the United States have both denied Russia's claims in comments to Sputnik. Georgia’s government envoy for ties with Russia Zurab Abashidze called the allegations absurd, while US Defense Department spokesman Eric Pahon said the center was owned and operated by Georgia’s disease control center.