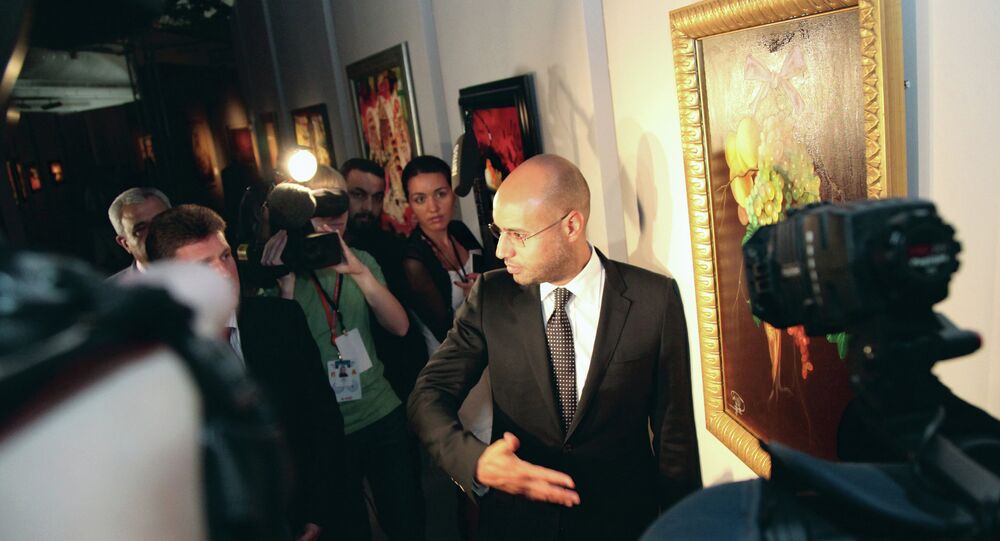 MOSCOW (Sputnik) - Saif Islam Gaddafi, the son of late Libyan leader Muammar Gaddafi, did not mention his intention to run in the Libyan presidential election in his letter to Russian President Vladimir Putin and instead addressed the road map for Libyan crisis settlement and national reconciliation, Gaddafi's team member, Gailushia, said.

"We have already made clear our position on the content of the letter that Saif Islam sent to President Putin via [Russian Deputy Foreign Minister Mikhail] Bogdanov. The letter refers to the support for the road map for crisis settlement, national reconciliation and the involvement of all the Libyans in the settlement process. We have not touched upon the issue of running for the presidency, as it is still too early to discuss this," Muhammad Qailushia, a member of the political team of Saif Islam Gaddafi, told Sputnik in an interview.

He specified that Saif Islam Gaddafi would make an independent decision on running in the election.

READ MORE: No Party Can Be Excluded From Libyan Settlement — Moscow

The remarks come after, earlier in the day, Russian Deputy Foreign Minister Mikhail Bogdanov told Sputnik that no one could be deprived of the right to run in the Libyan presidential election, and that Saif Islam Gaddafi and his supporters should be a part of the nation's political process.

© AFP 2019 / Abdullah Doma
Libya Counts on Russia in Crisis Settlement, Especially If Election Fails – Libyan National Army
In early December, Mohammed Gadi, the coordinator of Saif Islam Gaddafi's political team, told Sputnik that he had delivered Saif Islam's letter to Moscow and had discussed a roadmap for Libyan settlement that he was backing.

Libya has been in a state of turmoil since the overthrow and killing of Muammar Gaddafi in 2011. The country is divided between two governments: the eastern part is controlled by the parliament backed by the Libyan National Army, and the western part is governed by the UN and EU-backed Government of National Accord and led by Prime Minister Fayez Sarraj.

The parties to the Libyan conflict had agreed to hold parliamentary and presidential elections in the country on December 10, but they never happened. On November 8, Ghassan Salame, the special representative of the UN Secretary-General to Libya, said at a UN Security Council meeting that the elections should be held in spring 2019.