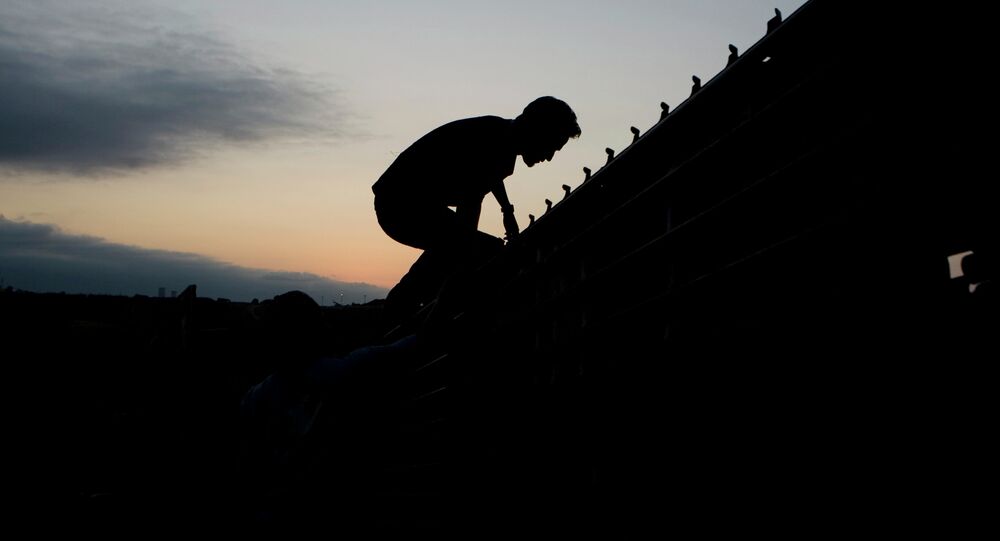 MOSCOW (Sputnik) – Two Honduran teenagers from the migrant caravan were killed in the Mexican city of Tijuana located just across the US border, he Los Angeles Times newspaper reported.

Two boys, aged approximately 16 and 17 years old, were stabbed and strangled, the Los Angeles Times newspaper reported citing a prosecutor of the Baja California province of Mexico. The bodies were found on Saturday evening on public roads.

© AFP 2021 / Paul J. Richards
US Homeland Security Ends Temporary Protected Status for Honduras
Investigators said the teenagers were heading from a shelter for unaccompanied children to the center of Tijuana when they were attacked. According to prosecutor Jorge Alvarez, robbery could have been a motive for the crime. A third victim of the attack reportedly managed to survive.

The government of Honduras has expressed condolences over the death of the teenagers.

"We reiterate the call to Honduran nationals that they not risk their lives and the lives of their families on the dangers that the migratory route represents, where migrants are exposed to being victims of traffickers," the government said in a statement, as quoted by Los Angeles Times.

Mexican authorities said that more than 8,200 asylum-seeking migrants from Central America reached Mexico, with around 7,400 of the migrants staying near the cities of Tijuana and Mexicali just south of California.