A senior Taliban commander interviewed by the news agency revealed that there are up to 3,000 foreign militants among the movement’s ranks, but insisted that none of them would be permitted to use Afghanistan to stage attacks against other countries.

As the United States attempt to negotiate a peace deal with Taliban in an attempt to finally put an end to Washington’s 17-year military operation in the country, it remains unclear whether Taliban would prevent terrorist groups from using Afghanistan to plot attacks abroad “like Al Qaeda did before September 11, 2001”, NBC News reports.

"Were we not to put the pressure on Al Qaeda, ISIS and other groups in the region that we are putting on today, it is our assessment that in a period of time their capability would reconstitute. They have today the intent and would have in the future the capability to do what we saw on 9/11," Chairman of the Joint Chiefs of Staff Gen. Joseph Dunford said earlier. 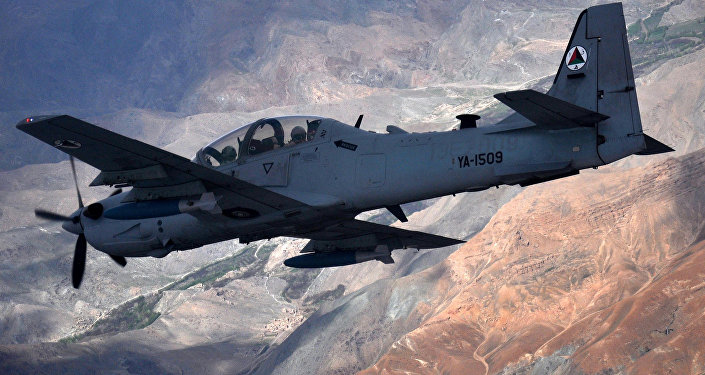 © CC0
Afghanistan’s Air Force Just Conducted Its First Nighttime Airstrike on the Taliban
A senior Afghan Taliban commander interviewed by the news agency that there is up to 3,000 foreign militants among the movement’s ranks.

He insisted, however, that "none of the foreign militants would be allowed to take up arms" and use the Afghan soil "against any country in the world."

The news agency also notes that al-Qaeda, while "greatly weakened", continues to operate in Afghanistan, and as expert on international terrorism Vanda Felbab-Brown remarked, while there’s probably no love lost between al-Qaeda and Taliban, "it does not necessarily mean that they [Taliban] can easily control them [al-Qaeda]."

The Taliban movement is a major force fighting Kabul for control over the country. The group managed to seize power in the middle of the 1990s before being overthrown by a US-led invasion in 2001.