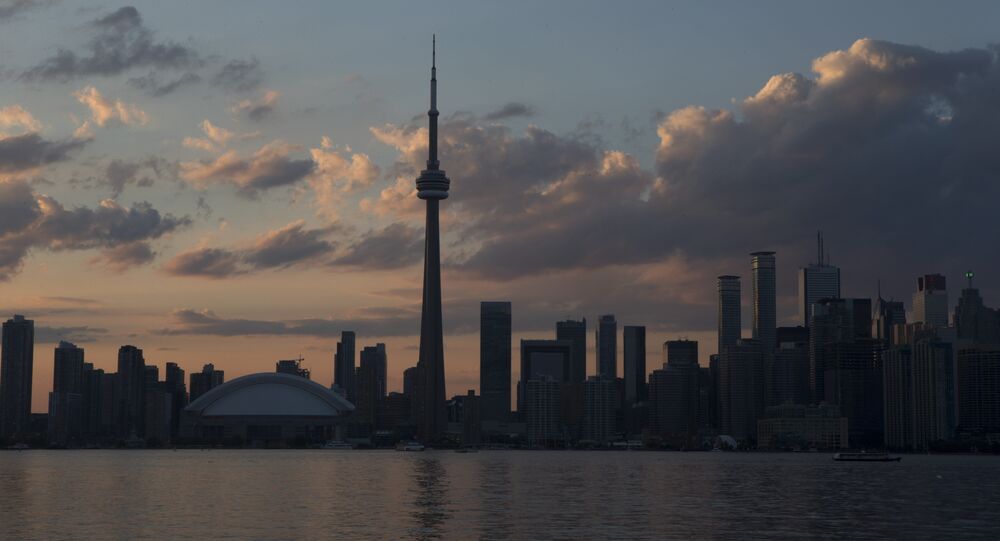 Demonstrators on the other side of the Atlantic wear the same high-vis yellow vests as their French fellows, yet for different reasons. While the movement condemns high living costs in France and President Macron's perceived elitist attitude, the focus in Canada is largely shifted towards economy and immigration.

The Yellow Vests movement, which originated in France in mid-November, has spread across the Atlantic to Canada. Protesters over the weekend took to the streets of several cities across the country, including Edmonton, Toronto, Calgary, and Halifax, to voice their dissent of government's policies.

They were wearing reflective uniforms similar to those donned by protesters in France. While Canadians did not voice their support for the French movement, they were reportedly focusing on domestic issues.

Yellow vest protestors at Churchill Square are having their “No UN” chants met with “No racism” chants. The yellow vests say they’re demonstrating against Trudeau, Notley, Bill C-69 and the UN Migration Pact pic.twitter.com/LPiDjddRAq

According to Global News, activists in a dozen cities carried signs reading "Canada first" (a reference to Donald Trump's "America First" slogan) and "Trudeau the Traitor". Specifically, they were protesting against the UN Migration Pact, a non-binding agreement that Canada had endorsed earlier this month.

Hundreds of protestors gather in #Calgary and #Edmonton to protest Federal and Provincial governments. Many wearing Yellow vests and chanting against the carbon tax, UN, and illegal immigration. pic.twitter.com/xi8r0cRGYu

Additionally, reacting to a similar issue that fuelled the French movement, Canadians are protesting against the government's recent adoption of a new carbon-pricing plan to tackle climate change. Trudeau's cabinet has pledged to impose a federal carbon tax on four out of 10 Canadian provinces starting April 2019, which will effectively mean that individuals and big businesses will pay more for carbon. The revenues are expected to be spent on emission-reducing measures.