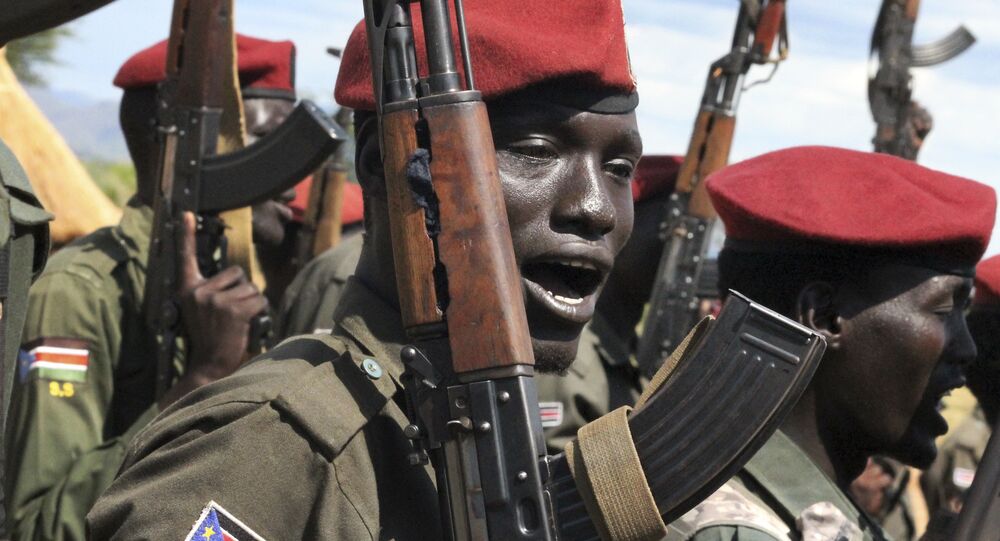 The death toll in South Sudan's five-year civil war stands at almost 400,000; violence broke out in the country along ethnic lines after President Kiir of the Dinka tribe accused his then-deputy Machar, a Nuer, of planning to stage a coup.

Washington has slapped sanctions on three Israelis — among them retired Major General Israel Ziv — over their role in the South Sudan conflict. Specifically, they were accused of covertly selling arms and ammo to the warring sides, among other things.

"[The United States Department of] Treasury is targeting individuals who have provided soldiers, armoured vehicles, and weapons used to fuel the conflict in South Sudan.  We are intent on holding accountable those who profit off the misery and suffering of the South Sudanese people and facilitate violence against civilians," said Sigal Mandelker, Under Secretary of the Treasury for Terrorism and Financial Intelligence.

According to the Treasury's Office of Foreign Assets Control, Israel Ziv, the former head of the Israeli Defence Forces' (IDF) Operations Directorate, supplied weapons and ammunition to both the South Sudanese government and the opposition. He purportedly used an agricultural company to sell $150 million worth of weapons to the government, including rifles, grenade launchers, and shoulder-fired rockets, under the guise of agricultural and housing projects.

The Treasury Department claims that Ziv had bought the loyalty of senior South Sudanese government officials with bribes and promises of security support. He also allegedly plotted to carry out attacks by mercenaries on South Sudanese oil fields and infrastructure, in an effort to capitalise on their subsequent reconstruction.

In addition, the United States has sanctioned two South Sudanese citizens and six firms, three of which are owned or controlled by Ziv.

Ziv dismissed the accusations on Sunday, branding them as "ludicrous, baseless, completely divorced from reality".

South Sudan split from the north after the 2011 referendum, in which some 99 percent of the voters supported the secession. The country has been gripped by the ethnic-based civil war since 2013, when President Salva Kiir accused Vice President Riek Machar of plotting a coup.

Riek Machar fled the country in 2016; he returned to its capital, Juba, in late October to attend a nationwide peace celebration, with President Kiir claiming the violence to be over.

According to a UK government-financed report by the London School of Hygiene and Tropical Medicine, nearly 400,000 people died in the conflict, on top of more than four million civilians who were internally displaced or forced to flee to neighbouring states.