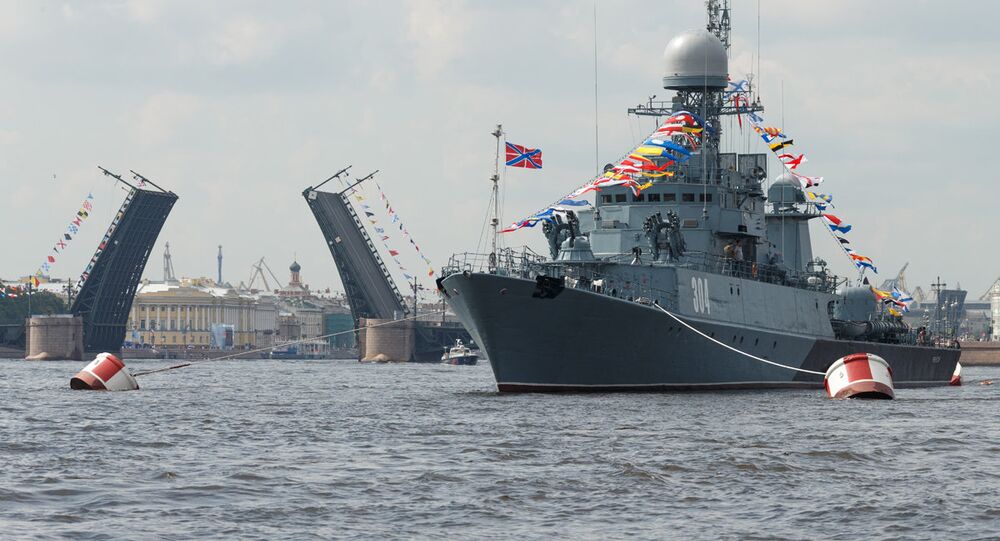 Washington seeks to impose economic sanctions on Moscow in order to deprive Russia of a strong army and navy, former US Ambassador to Ukraine John Herbst said on Friday.

Speaking to the Ukrainian TV channel "Pryamoi" on 14 December, John Herbst, who served as US Ambassador to Ukraine from 2003 to 2006, explained the main goal of Washington's anti-Russia sanctions:

“We want their [Russian] economy to be weaker because a strong economy supports strong military power. And we do not want a strong aggressive state to have a strong army or a strong navy. Therefore, sanctions certainly serve our interests”, the retired diplomat said.

At the same time, he referred to the International Monetary Fund (IMF) data to add that Russia's GDP "loses more than one percent per year" due to the sanctions.

US State Department Special Representative for Ukraine Kurt Volker earlier said that European countries and Washington should consider introducing additional sanctions against Russia after the incident with the Ukrainian warships in the Black Sea.

Courtesy of the 388th Fighter Wing Public Affairs
US, Allies Carry Out Extraordinary Flight Over Ukraine Amid Tense Situation in Kerch - Pentagon
Russia's Permanent Representative to the European Union Vladimir Chizhov, in turn, noted that the United States has used this incident as a pretext to ramp up sanctions pressure on Moscow from the bloc, but had not succeeded.

In late November, Ukraine's Berdyansk and Nikopol gunboats and the Yany Kapu tugboat illegally crossed the Russian maritime border as they sailed toward the Kerch Strait, the entrance to the Sea of Azov. The Ukrainian vessels were seized by Russia after failing to respond to legal demands to leave the area.

Moscow described the incident as a clear provocation in violation of the United Nations Convention on the Law of the Sea and promised to suppress any attempts to challenge its territorial integrity and sovereignty.

In the aftermath of the incident, Ukrainian President Petro Poroshenko called on NATO to deploy its warships to the Sea of Azov, with the military alliance responding that it would "continue to assess its presence in the Black Sea region".

The remarks came shortly after Kremlin spokesman, Dmitry Peskov, stated that Moscow considers Poroshenko's request that NATO deploy its ships to the Sea of Azov to be an aspect of his strategy of provoking Russia in order to gain support in the run up to next year's Ukrainian elections.