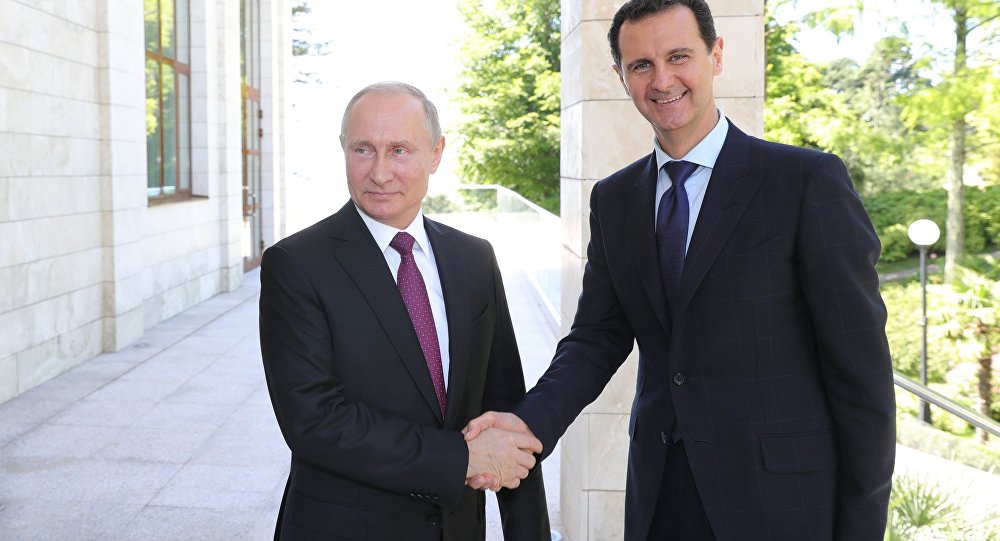 DAMASCUS (Sputnik) - The Russian-Syrian intergovernmental commission has reached an agreement on carrying out transactions in national currencies, Vice President of the Russian Chamber of Commerce and Industry Vladimir Padalko has stated.

"Mutual transactions, transport and logistics. As far as I know, we can now say that these issues have already been settled", Padalko told reporters.

Padalko specified that 100 companies were chosen from each side to work on collaboration in all areas of cooperation between the two countries.

"The parties are negotiating the restoration of Syria. It is expected that a protocol will be signed, which consists of 10 big directions. We will reach a common understanding on all vital issues: on construction, on energy, health care and agriculture", the vice president of the Russian Chamber of Commerce and Industry said.

In recent months, several countries have spoken about the possibility of using national currencies and abandoning the US dollar in international transactions due to Washington's policy toward Tehran.

© CC0
Physical Currencies Naturally Evolve Into National Crypto - Digital Asset Strategist
The Russian Foreign Ministry has stated that Russia has been discussing with a number of countries various ways of minimizing damage from the new US sanctions against Iran, one of which would be to focus on making transactions in national currencies.

In September, the European Union and five other remaining signatories to the Iran nuclear deal announced the decision to establish a Special Purpose Vehicle (SPV) that would facilitate legitimate transactions with Iran in light of the reinstated US sanctions against Tehran, including those related to transactions in US dollars.