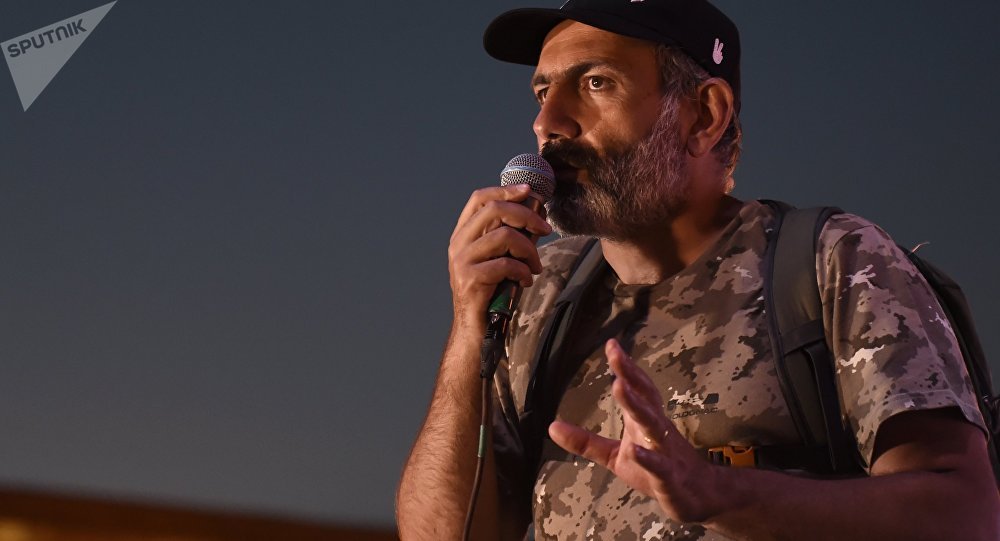 YEREVAN (Sputnik) - The snap parliamentary elections were held in Armenia on Sunday for the first time in the country's history. Earlier in the day, CEC Chairman Tigran Mukuchyan announced that the turnout in the elections totaled 48.63 percent.

Acting Armenian Prime Minister Nikol Pashinyan’s My Step Alliance won the country's snap parliamentary election with over 70 percent of the vote, the Central Election Commission said  Monday after 100 percent of ballots were counted.

© AP Photo / Vahan Stepanyan
Armenia Backs Resolving Nagorno-Karabakh Conflict Within OSCE Format - PM
The front-runners for parliamentary seats reportedly stand for the development of relations with Russia. The alliance of acting Prime Minister Nikol Pashinyan promises to ensure further development of relations with Russia based on equality and mutual respect for national interests.

Meanwhile, Armenia's former ruling Republican Party for the first time failed to cross the 5-percent threshold to get into the country's parliament, having ensured only 4.7 percent of the vote. The Republican Party had seats in all successive parliaments from 1995 until now.

The Armenian police have received 144 reports of suspected irregularities during the Sunday snap parliamentary elections, the chief of the inspection department of the country’s police said.

“On the election day, the police have registered 144 reports, including 58 of them reporting offenses and 86 others not containing obvious indications of crime, but which are subject to verification,” Col. Ashot Sargsyan said at the Central Electoral Commission (CEC)’s briefing.

On November 1, the country's president signed a decree to dissolve the parliament after Prime Minister Nikol Pashinyan, who is seeking to refresh Armenia's political system, resigned in late October in order to give a formal reason for the dissolution of the parliament and thus force early elections.