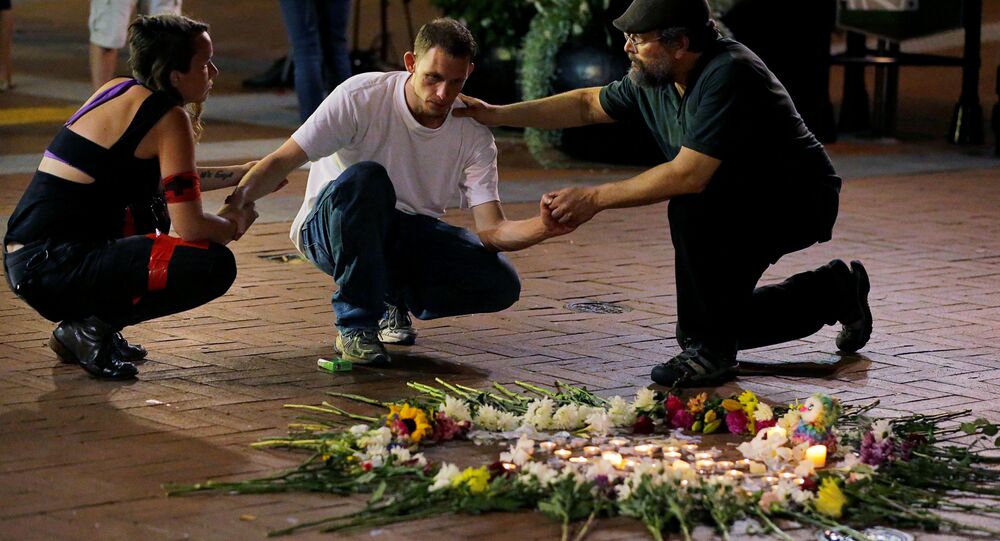 Terrorism-related deaths around the world dropped in 2017 for the third consecutive year, a new report released on Wednesday claims.

While attacks from groups like Daesh are becoming less frequent, terrorism from the far-right is becoming more and more common. The number of deaths worldwide due to terrorism by far-right groups and individuals increased from three in 2014 to 17 in 2017, the report notes.

In 2017, "white power extremists" were behind nine attacks in North America, which saw a total of seven deaths.

The worldwide decline in terrorism and terror-related deaths was significant: a 27 percent decrease in one year. That's 18,814 deaths compared to 25,774 in 2016. The figure has "now fallen 44 percent from its peak in 2014," said the report, which was produced by the nonpartisan think tank Institute for Economics & Peace.

In 2017, there was at least one death from terrorism in 67 countries, which was 12 fewer than the previous year, which broke the record. However, 2017 saw the second highest number of countries that have experienced a fatality from terrorism since 2002.

Nonetheless, deaths attributed to Daesh dropped by a whopping 52 percent, as the group continues to see its influence dwindle in Iraq and Syria.

The report says that more than 99 percent of deaths from terrorism happen in countries experiencing a violent conflict or with "high levels of political terror." Attacks tend to be "more lethal on average" in such places, with 2.4 people typically killed per attack in "conflict-affected countries," while the rate is just 0.84 people per attack in countries without conflict.

"Egypt and Somalia had the largest increases in deaths from terrorism, with deaths increasing by 123 percent and 93 percent respectively," the report says.

The report notes that "Islamic terrorist organizations" are remarkably fluid, as they break up and form new groups and coalitions at a lightning pace. "Of the 169 terrorist groups responsible for at least one death in 2017, 42 were new groups that had not caused any deaths in previous years," the report says.

However, the Islamic State of Iraq and the Levant [Daesh], the Taliban, al-Shabaab and Boko Haram were "responsible for 10,632 deaths from terrorism, representing 56.5 percent of total [terrorism] deaths in 2017," the report says. They were also behind "44 percent of the [terrorism] deaths" in the past decade.

"In 2012, just prior to the large increase in terrorist activity around the world, these four groups were responsible for 32 percent of all deaths from terrorism. A decade ago, they accounted for just 6 percent," the report says.