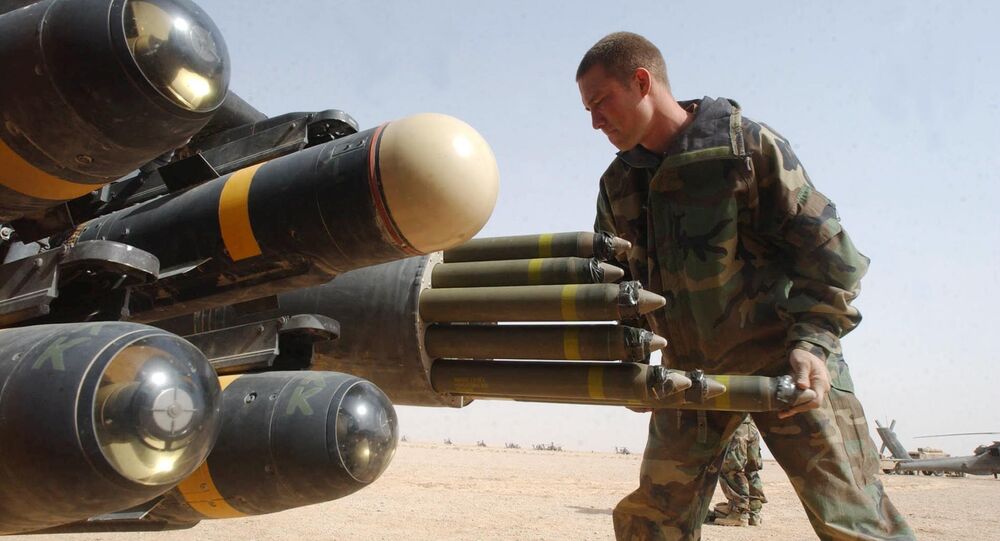 Earlier in the day, Pompeo addressed US foreign policy, stating that Washington is trying to establish a liberal world order based on democracy, also criticising Iran and China for "regional provocations".

Mike Pompeo announced that the US would suspend its obligations under the Intermediate-Range Nuclear Forces (INF) Treaty.

"The United States today declares it has found Russia in material breach of the treaty and will suspend our obligations as a remedy effective in 60 days unless Russia returns to full and verifiable compliance," the diplomat said.

US Navy
US Navy Commissions Destroyer Capable of Carrying INF-Violating Missiles
He also noted that the US would not produce, deploy, or test any missile that violates the treaty during this period, stressing that Washington would welcome the termination of the Russian missile programme.

Moscow and Washington have both repeatedly accused each other of violating the treaty and denied allegations of violations on their part.

Pompeo Says US Committed to Confront Iran Via Maximum Pressure

US to Lead 'Restoration of Liberal Order Among Nations' - Pompeo