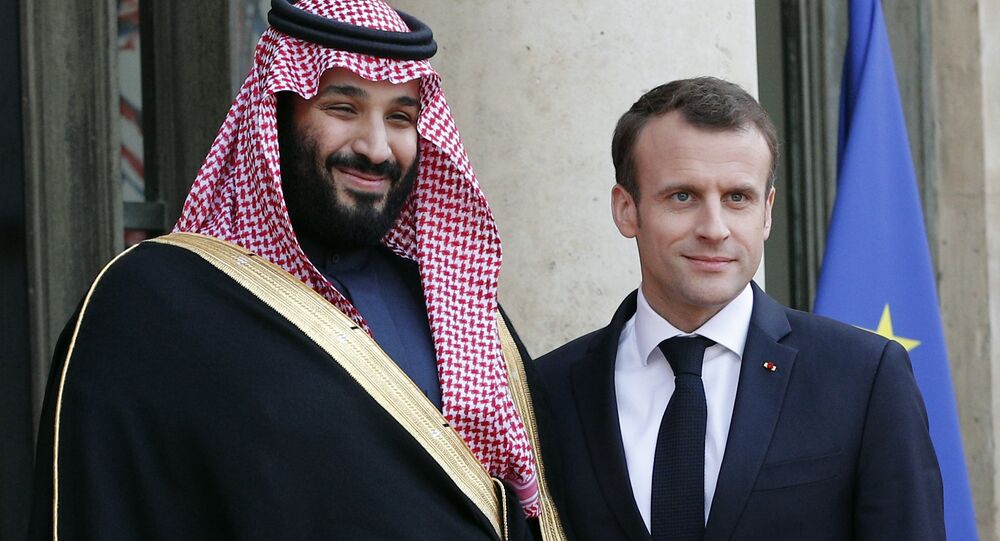 Macron said that he wanted to make a statement on behalf of G20 nations that they wanted “clarity on the facts of the Khashoggi case.”

READ MORE: French President to Saudi Crown Prince: ‘You Never Listen to Me’

The video from the meeting also showed French President saying “You never listen to me,” to Mohammed bin Salman.

Macron is heard speaking in English in footage posted by the Saudi Gazette newspaper, which was later deleted.

“No I will listen of course,” bin Salman replied, also in English, then bursting into a laugh, to which Macron is heard responding: “I am a man of my word.”

A columnist for the Washington Post and a Saudi critic, Jamal Khashoggi was murdered inside the Saudi consulate in Istanbul on October 2, 2018. The Saudi Prosecutor General's Office earlier concluded that the writer was killed inside the consulate by lethal injection prior to his body being dismembered and removed from the building.