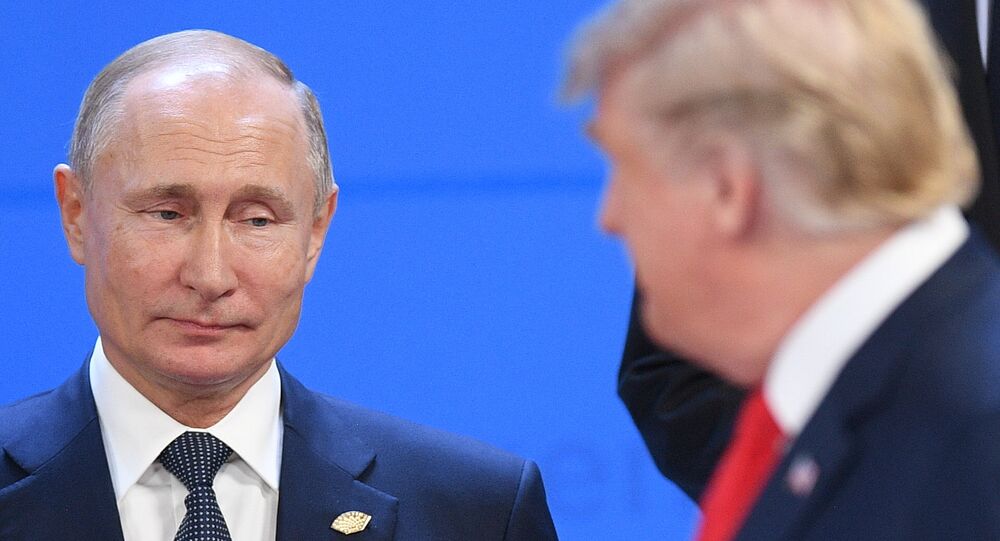 BUENOS AIRES (Sputnik) - Representatives of the US administration have contacted the Kremlin after the cancellation of meeting between Russian President Vladimir Putin and his US counterpart Donald Trump, Kremlin's aide told reporters on Saturday.

"There have been contacts… The two sides have suggested to continue contacts, including those involving [US National Security Adviser John] Bolton," Kremlin's aide Yury Ushakov said.

When Ushakov was asked who had initiated these contacts, he said that it was the United States. However, he did not specify when preparations for a new Putin-Trump meeting could start.

"We don't know… We have voiced regret that [the presidents] did not have an opportunity to have a thorough conversation [on the sidelines of the summit]. Let's see what plans will be made next," the aide concluded.

© Sputnik / Aleksey Nikolski
Kremlin, White House Not Sure Trump to Have Pull-Aside Talk With Putin at G20
The official's comments come amid the G20 summit, which is currently underway in Argentina, where Russian President Vladimir Putin and his US counterpart Donald Trump were expected to meet for private talks.

Earlier, Kremlin spokesperson Dmitry Peskov also commented on the lack of meeting between Vladimir Putin and Donald Trump, stressing that it resulted in tensions further noting that Vladimir Putin was ready to continue a dialogue with Trump.